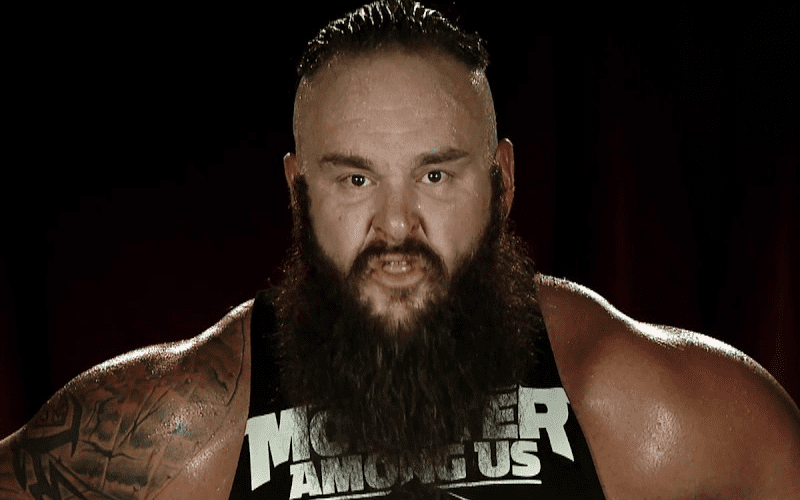 Braun Strowman is one of the most popular Superstars in the company right now. Come Sunday, he takes on the RAW Tag Team Champions The Bar alongside an unnamed partner of his choosing.

Strowman has decided to keep his partner’s identity a secret even though he has given us some teasers every now and then.

In an interview with Best of New Orleans, Strowman was asked to choose a dream tag-team partner. Here’s who Strowman had in mind:

For this weekend? No one, because I don’t want to share anything with anyone. I’ve worked my tail end off. I’ve taken this opportunity by the horns and I’m gonna run with it. Now, maybe after I win the titles by myself … I’d have to go with Andre the Giant. He started the legacy of the big man, I’m continuing it, so why not make it full circle?

As of late, the nuances of Strowman’s personality and character are being unraveled to the WWE Universe. This is a testament to Braun’s creativity that goes hand in hand with his un-human destructive abilities.

Strowman was asked if he had any problems in showcasing this hilarious side of his personality and here’s what his answer was:

Yes and no. I know that the company is gonna look out for the best interest in Braun because they’re invested in Braun, and Braun is working. But at the same time, they’re letting me show a little bit of my human side. We’re adding layers to the Braun Strowman character, and it’s resonating with fans. It’s creating a larger connection between me and my fanbase. I think it’s really good for the evolution of the character.

Don’t get me wrong, I enjoy going out there and smashing everything and destroying, but when I get to be creative and show the world what’s inside me and more of the range I’m capable of, that’s awesome.

No one can argue against the fact that Braun Strowman has got it all and has a bright future in stores for him. It is to be seen if he and his mysterious partner are able to capture tag-team gold at WrestleMania this Sunday.

Who do you think Strowman’s partner is going to be at WrestleMania? Tell us in the comments below…