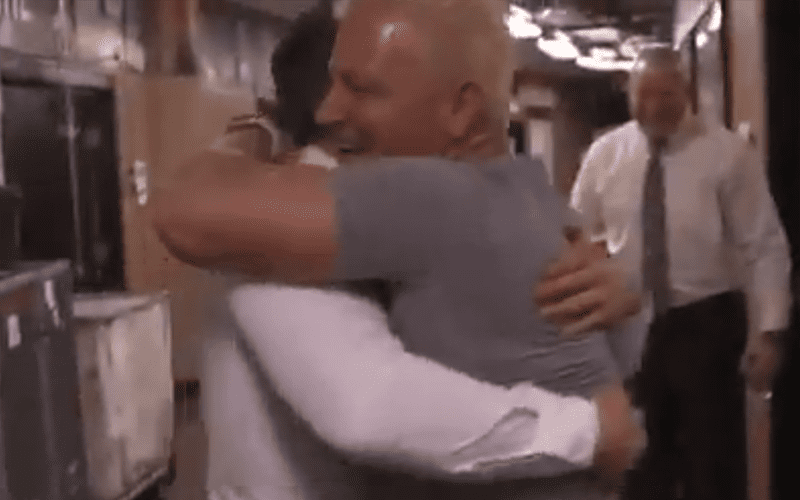 If you watched the video of Jeff Jarrett backstage at SmackDown Live this week you’ll notice he received a lot of hugs. But one person he was really excited to see was Zack Ryder.

A lot of fans were wondering why Ryder and Jarrett took a running head start to hold each other like they were two lovers reuniting on a beach because they had never worked together before.

Ryder let fans know why he hugged Jarrett in a social media post saying he had never met Double J before in his life but he had already agreed with the future WWE Hall Of Famer that their first meeting would be a hug. It turned out to be a massive one at that.

So there you go, Zack Ryder is a hugger and apparently so is Jeff Jarrett and when you get those two together they know how to seriously hug it out.

I never met @realjeffjarrett before. We agreed on Twitter that we’d hug when we finally met…ain’t we great! #SDLive #WWEHOF pic.twitter.com/dwICwNcITP