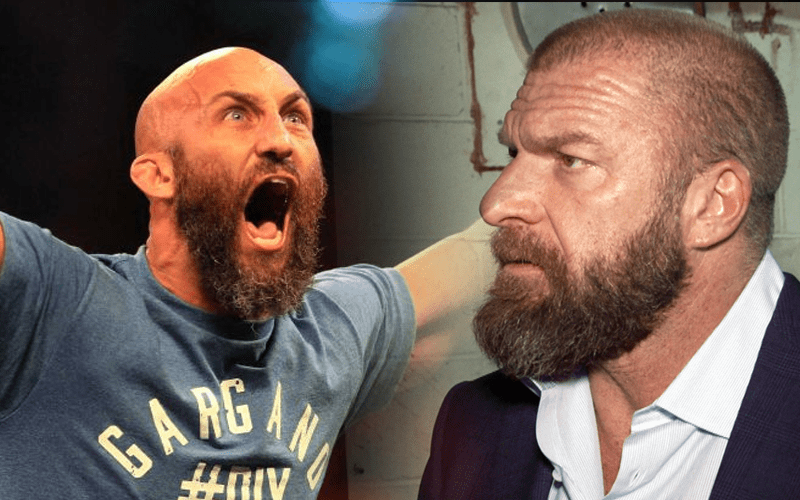 In a world where anyone can be declared as someone’s father, pro wrestling doesn’t really have realistic paternity tests. This is why Kurt Angle is Jason Jordan’s father why there is still speculation that Chad Gable could be the spawn of Daniel Bryan too.

Tommaso Ciampa is seeing a family resemblance in himself and Triple H and recently asked The Game for a promotion.

He said that since he is ending Johnny Gargano’s career at NXT TakeOver: New Orleans, then he was thinking that an NXT North American Title shot should be coming his way next.

Only time will tell if Ciampa’s self-proclaimed dear old dad will abide by Tommaso’s wishes but the two really do look alike when you start to really think about it. In the end, it’s all about making Johnny Wrestling cry.