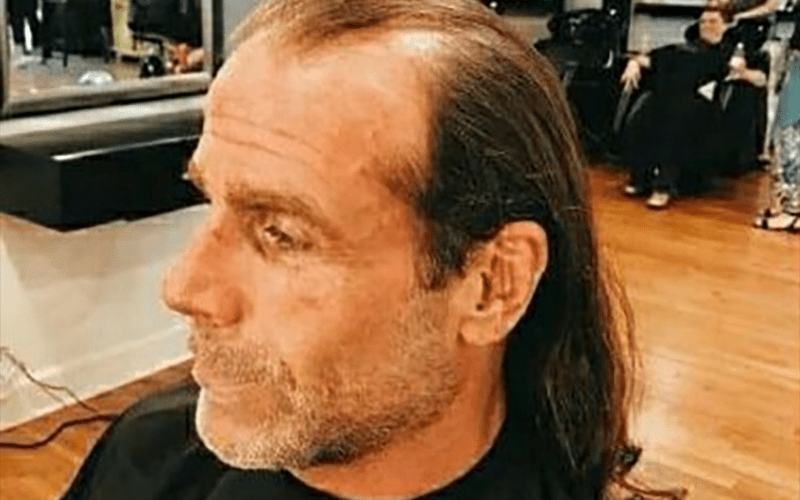 Shawn Michaels has always been known for his distinctive look complete with long, flowing hair… until now.

But it looks like with WrestleMania around the corner he decided it was time to switch things up. Maybe he decided he wanted a cleaner look for the WWE Hall Of Fame, or maybe he got tired of being a 52-year-old with long hair. But for whatever reason, the ponytail is no more.

It’s really hard to come right out and say it looks bad because he’s still Shawn Michaels. But it still might take a little bit of time to adjust.

News Tip
wpDiscuz
72
0
Would love your thoughts, please comment.x
()
x
| Reply
You are going to send email to
Move Comment