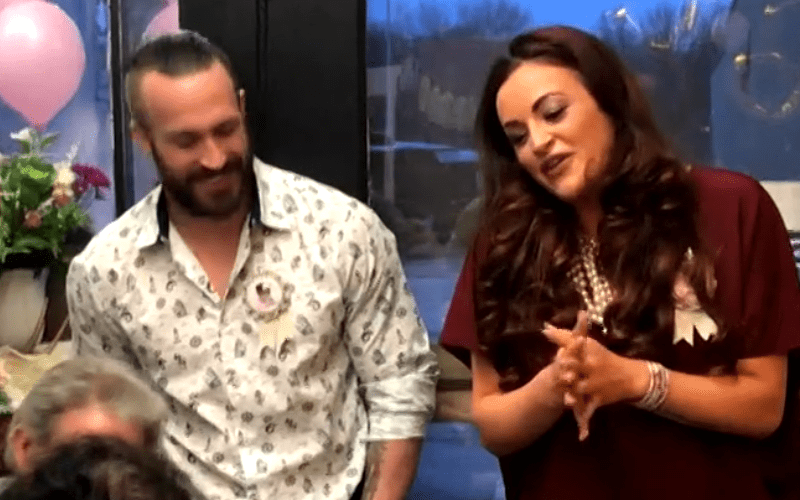 Mike and Maria Kanellis have been off of television for a while because Maria is pregnant with the couple’s first child. Maria has been off television for way longer but without her, Mike hasn’t been used much at all because they’re kind of a package deal.

The couple has been trying for the last week to encourage the delivery of their new baby from driving on bumpy roads to anything else their doctor will suggest.

It looks like all they needed was a little bit of time because the couple finally gave birth to their daughter Fredrica Moon.

Congratulations to the happy couple for this amazing life-changing event and it happened right before WrestleMania as well which is just perfect timing.