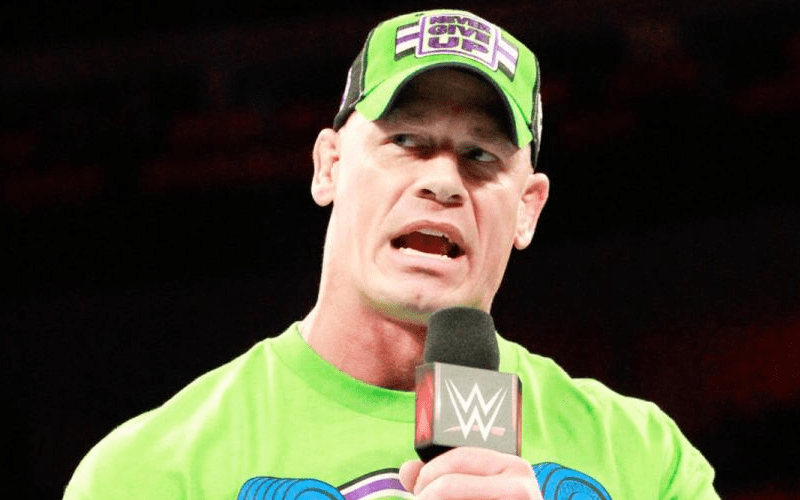 Super Cena is all over the place and he’s not done yet. His new movie Blockers drops on Friday and it looks hilarious. He’s also going to be running around with Transformers too and there is plenty more where that came from.

John Cena recently appeared on Wired’s 5 questions where he was asked some doozies. One fan asked Cena how pro wrestlers seem to be fine after being hit with a steel chair to which he replied.

“Here’s the honest answer. The people aren’t okay, it is a steel folding chair and you get hit with it. It hurts like a swarm of killer bees devouring your soul. It hurts. When you think we get up and we’re okay, we’re not. Bruises, breaks, tears… we are trained professionals and this is our job to actually do this. I don’t know why anyone for recreation, so leave that stuff to us.”

He said that the greatest wrestler in the world is a mix of Alexa Bliss, Charlotte Flair, Brock Lesnar, and AJ Styles because they’re the current champions. That was quite a political answer, but the rest of the interview was pretty entertaining to hear him explain some rather great questions like why do wrestler have no body hair to which Cena replied.

“Technically there is a reason for no body hair. If you have long leg or arm hair someone could grab it. Picture someone grabbing your hair which is why I keep my $6 fade the way it is — that shit hurts. And if you’re covered in oil then people can’t grab you which is why guys tend to wear small outfits as well.”

“Now you can be as judgmental as you want but when you’re in the thick of it and someone’s trying to break you in half you want to have every single advantage you can. I have found an advantage in 90’s fashion and I don’t use oil, I do manscape from the eyebrows down. I wear jean shorts just because people are scared to be in the presence of a man wearing something from the 90’s.”

Big Match John’s dry wit was great as he revealed his real name is Dick Hammerbush but he goes by John Cena because that’s who he is. You can check out the entire video below and it’s highly suggested because Cena was on fire during this video.