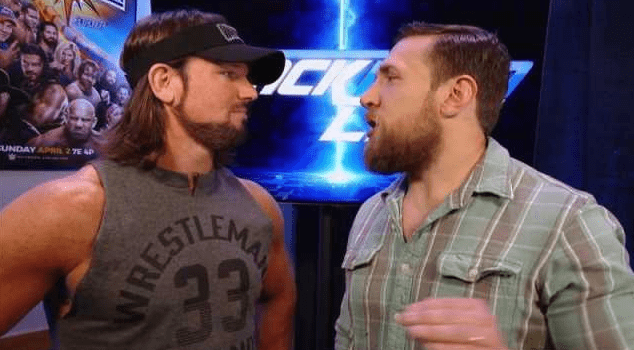 Dream match is a phrase that has been getting thrown around a lot in 2018. Mainly because Shinsuke Nakamura versus A.J. Styles for the WWE Championship at WrestleMania has been labeled as that very thing…a dream match. When word was released that Daniel Bryan had been cleared to return to in-ring action, Shinsuke immediately took to Twitter to celebrate his excitement of possibly being able to share a ring with the American Dragon since it’s something the wrestling universe has been dying to see in the WWE. The Phenomenal One shares that exact same mindset, which is exactly what he told to IGN in a recent interview.

There are a few things that I’m selfish about and selfishly I’ve been wanting to wrestle Daniel Bryan in WWE for a long time. When he got hurt, I just figured it wouldn’t be a possibility. But now that he’s back, my mind is racing and I can’t wait to meet him in the ring. I’m so happy he’s back and able to live out his dreams and follow his passion.

The world eagerly awaits the showdown between the King of Strong Style and the Face that runs the Place on Sunday. It seems that no matter who wins, the next challenger for the belt seems pretty obvious.