Ryback opens today’s show by discussing the news that a lot of wrestling moves will be banned in New Orleans for WrestleMania weekend. WWE and ROH are actually exempt from these rules, but all the other indie promotions who will be running shows there that weekend will have to abide by these rules.

Ryback understands that the Louisiana Board needs to establish rules for contact sports, as does every other State. However, he points out that WWE rarely uses Piledrivers anymore anyways, and they’ve banned chair shots to the head. He also doesn’t think throwing your opponent over the top rope is that dangerous at all, so he was surprised that it was listed as a banned move. 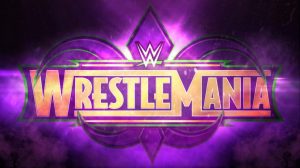 He notes that he’d be concerned if he was an indie promoter who’s running a show in New Orleans this weekend. He’d be worried that one or two of the performers would go into business for themselves and ignore the rules, which could possibly result in the promotion being reprimanded.

Ryback notes that the WrestleMania card this year appears to be 7-hours in length. He fears that this runtime might be a bit ambitious for casual fans, especially since it’s a continuous program with no intermission or break.