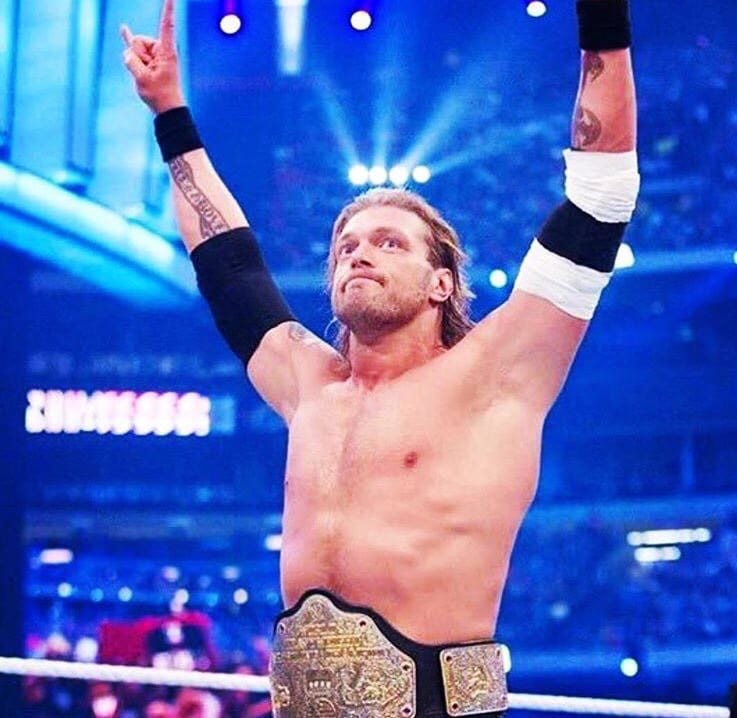 Edge’s WWE Hall Of Fame career wasn’t limited to influencing fans all over the world to pull off outstanding spears on their siblings onto the couch, but it also inspired Edge’s future wife as she watched from the locker room.

Little did anyone know that WrestleMania 27 would be Edge’s last match when he defeated Alberto Del Rio to retain the WWE World Heavyweight Championship but it happened. The next night on Raw was incredibly sad when The Rated R Superstar had to break the bad news to the WWE Universe that he had to hang up his boots for good.

Years later, Beth Pheonix is a WWE Hall Of Famer just like her husband but she had no idea that Edge would be the father of her children and husband later on. Therefore, when she thanked Edge with a heartfelt message on the 7 year anniversary of his last match it came from the heart in a big way.

I watched @EdgeRatedR wrestle his last match behind the curtain as a fan, and a friend, 7 years ago today. His career was so special and I am grateful to have been a part of the lockeroom that he helped lead. #ThankYouAdam pic.twitter.com/Ya3mtAT7I3