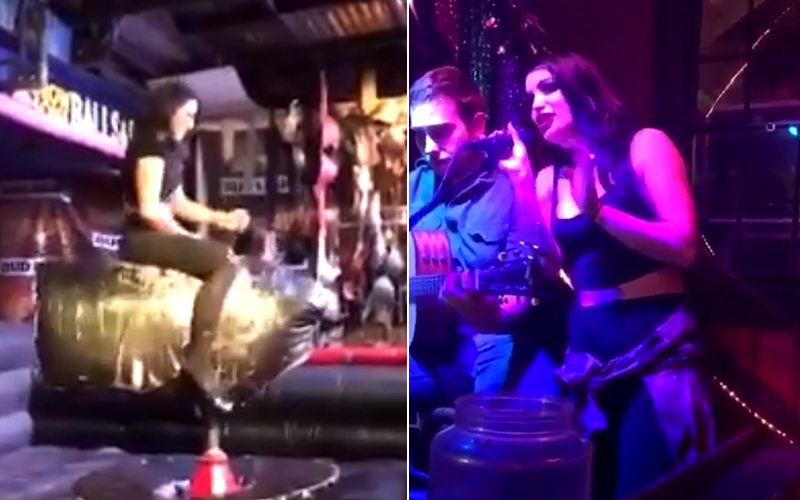 The Absolution girls are in New Orleans getting ready for WrestleMania. Mandy Rose and Sonya Deville have their eyes set on winning the WrestleMania Women’s Battle Royal and Paige will probably watch from the outside which sucks for her.

Paige isn’t cleared to complete and while it was sad at least she got to perform in NOLA in some fashion when she grabbed a microphone and did some karaoke. Her song choice is very interesting too seeing how that Kings Of Leon bassist is kinda an anti-wrestling tool.

But the real cherry on top was footage of Sonya Deville riding a mechanical bull and as you can see, she wasn’t all that successful at it. Maybe she’ll be better at tossing other females over the top rope during the kickoff show at Mania, but that’s another story.

It’s good to see Absolution unwind like this and get their drink on before the real work starts for them.

She likes to sing this song.. pic.twitter.com/idx1T0iS25

They’re already having a lot of fun in NOLA.. pic.twitter.com/RpFEJfF7Ui