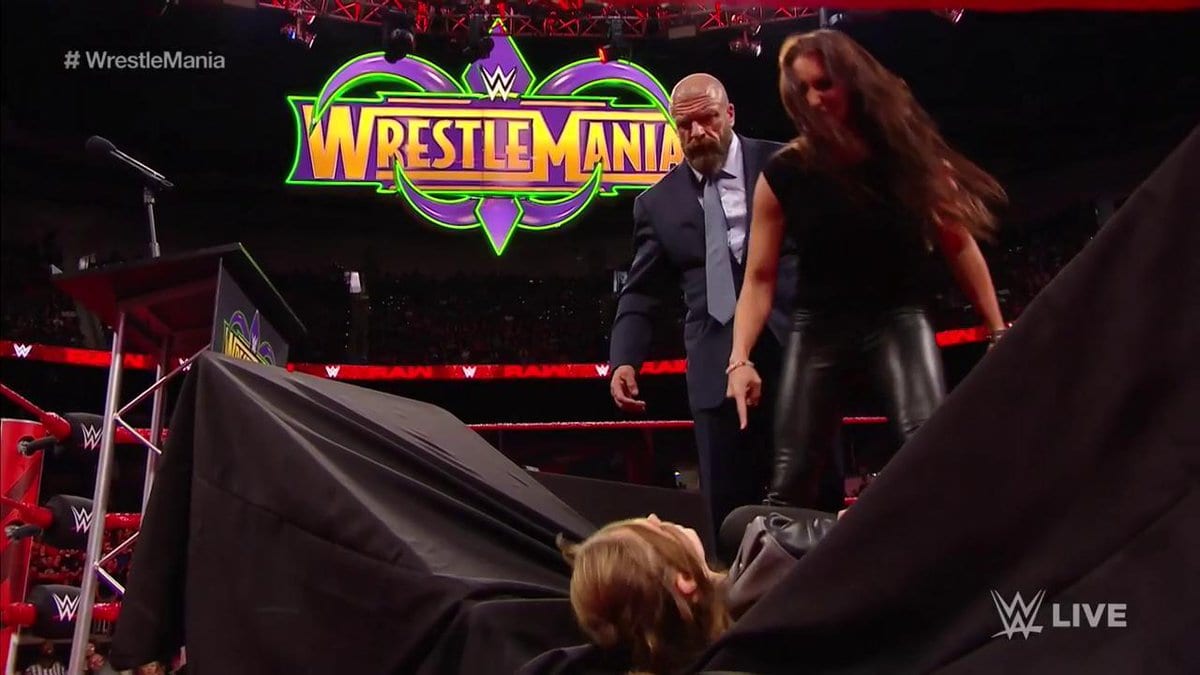 Ronda Rousey’s big press conference on Raw could have gone better. It ended with Stephanie McMahon putting Rousey through a table and now the stage is really set for WrestleMania.

But Rowdy Ronda Rousey has suffered defeat before. She’s not about to let Triple H and Stephanie McMahon’s underhanded tactics get the best of her.

The former UFC Bantamweight Champion sent out a message through her Instagram account with a quote from philosopher George Santayana which said, “Only the dead have seen the end of war.”

This is a pretty intense statement to make and the picture she included really illustrates her point. I wouldn’t want to be Stephanie McMahon at WrestleMania, although it was speculated by Dave Meltzer on Wrestling Observer Radio that it might be Triple H tapping out to Rousey’s armbar when all is said and done.