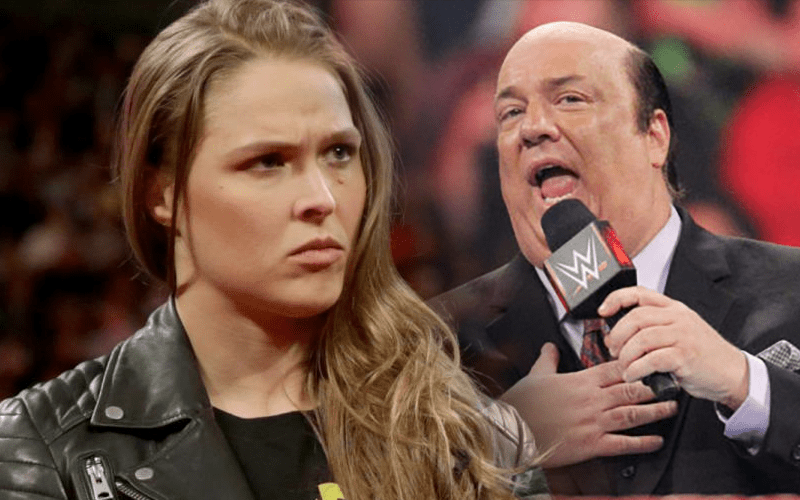 If there is one man who has a firm grasp on the professional wrestling industry, it’s the advocate to the Beast, Paul Heyman. Besides preparing to produce and star in a TV series, Heyman sat down with the New York Post to discuss the plans for he and Brock post WrestleMania. While most of that information is newsworthy enough on its own, it was the answers he gave regarding WWE’s newest signee Ronda Rousey that really stand out.

Q: How important is Ronda to where this women’s division can go when you have Charlotte [Flair] and Asuka in the position they are now? You can pair her with one of them and maybe main event a WrestleMania.

I think Charlotte and or Asuka and or Nia Jax and or Alexa Bliss, all have the capacity to main event at WrestleMania. Ronda Rousey speeds up the process. It is an endorsement of the women’s division by arguably the biggest female sports star in the world today.

While a good portion of the WWE Universe still isn’t sold on Ronda as a competitor, Heyman does make a good point that her presence can only benefit the entire division in the long run. Whether that means we see the “Rowdy” one on Monday Night Raw every week remains to be seen.

Check out the full interview here, where Heyman analyzes WrestleMania outcomes and talks in detail about Brock Lesnar’s return to the octagon.