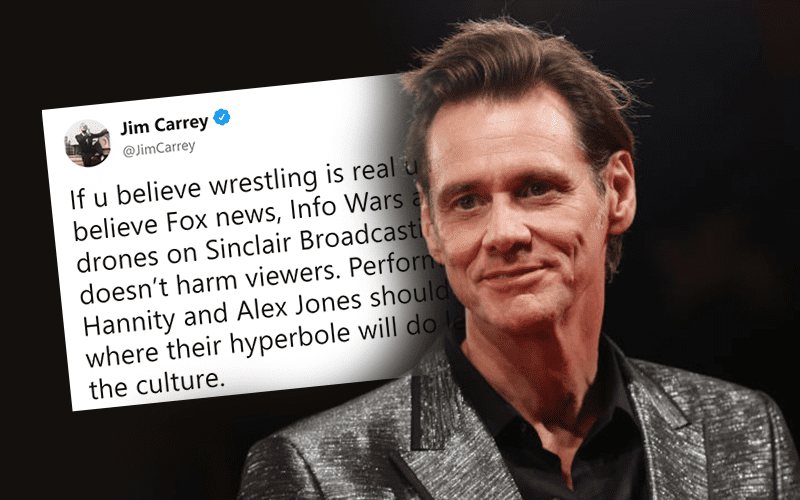 Pro wrestling has a lot of critics and it looks like there’s another one, or at least WWE was friendly fire in use of a metaphor. Either way, there are a couple reasons why you could take offense to what Golden Globe-winning actor Jim Carrey recently said when he proposed that if you believe in pro wrestling then you automatically believe everything conservative news feeds you.

We’re not going to get political about this because this is a pro wrestling website. So we’re just going to break down how Carrey talked about WWE here, but no matter how you slice it, Ace Ventura doesn’t seem to take WWE too seriously.

Yes, pro wrestling is fake fighting but coming from a guy who played Andy Kaufman and appeared to have a fondness for pro wrestling, these comments still kind of suck.

Carrey often stirs the pot with his social commentary, but now it looks like he’s coming at pro wrestling at least by using it in a metaphor. At least he doesn’t think that WWE harms society, or at least it doesn’t do too much damage.

If u believe wrestling is real u may even believe Fox news, Info Wars and the robotic drones on Sinclair Broadcasting. But wrestling doesn’t harm viewers. Performers like Sean Hannity and Alex Jones should join the WWE where their hyperbole will do less damage to the culture. pic.twitter.com/HHsfvRaToJ