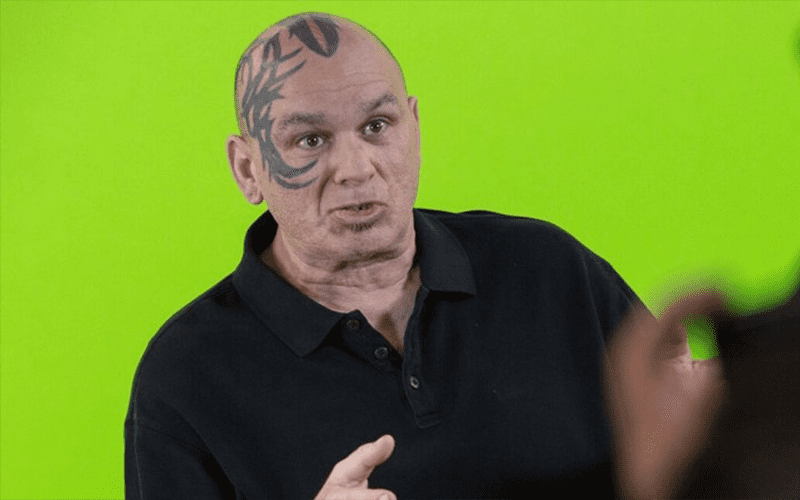 Perry Saturn’s fans have taken to Twitch, Twitter, and Gofundme to help assist Saturn with his medical expenses.

Isaac Davenport, known to his followers on Twitch as Failed_Hero85 wrote the following on the Gofundme page for Saturn,

Saturn is a recovering addict who’s now sober for seven years. He married Lisa Kuhlemeier in 2009 and together they hold one another accountable for their sobriety. However, the story does not end there, as Perry  is now dealing with the fallout of his time in the wrestling business, and his time an addict. Saturn is suffering from some form of neurological disorder, which remains undiagnosed. His symptoms include short-term memory loss, confusion in stressful situations, insomnia, tinnitus, and insomnia.

Perry  needs our help as he is unable to work due the symptoms he faces every day. After hearing Perry’s interview with Raven on The Raven Effect, I was deeply moved by his situation. Saturn is a big part of why I am a wrestling fan, and I am not the only one who feels that way.

April 6th – April 7 starting a 7:00 PM EST #StreamersForSaturn will be hosting #PerrySaturnaliaII a 24hr marathon twitch stream supporting @PerrySaturn1 via this #Gofundme. Please Like and Share to raise awareness and donate if you can. https://t.co/w0u3HCaJcy pic.twitter.com/u0LXDqZ8pk

The Twitch will start April 6th at 7pm. The stream will run for 24 hours and will be using #StreamersforSaturn. In an update, Davenport updated everyone on Saturn:

Tomorrow Perry Saturn is going to get his MRI scan! This is the first step needed for him to be able to see the CTE Specialist and get a treatment plan for his doctors.

This couldn’t have happened without the GENEROUS support you have all shown.