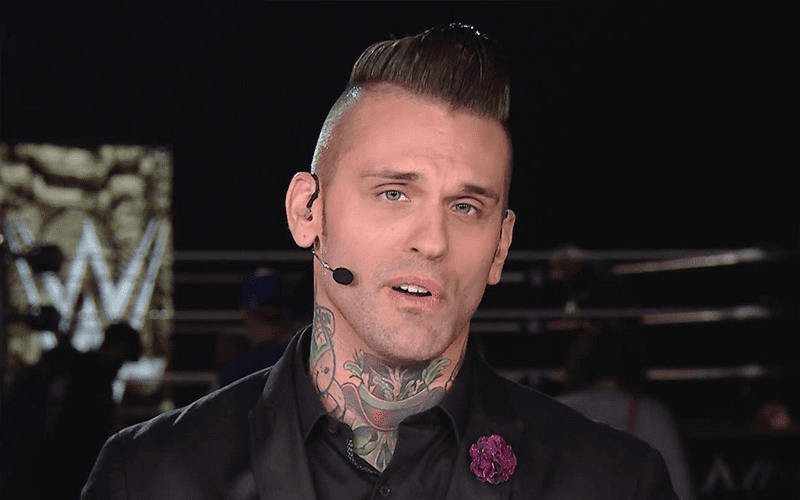 You can’t help but feel jubilant for the ironman of the WWE commentary team, Corey Graves. When his in-ring career was cut short due to a series of concussions and other neck related injuries, Graves fell down a dark path. It wasn’t until he was shooting the breeze with Michael Cole that he ended up getting offered a shot at commentary in 2014, and it was there that the 34 year old Pittsburgh prodigy found his true calling. That’s exactly how he expressed it in a recent spotlight interview on him with Rolling Stone magazine. When asked about the transition from an in-ring talent to behind the desk, Graves responded:

I think I’d be lying if I said there wasn’t always something of a little glimmer of hope that something miraculously would change. But I’ve fully embraced my role now… I’m cool with wearing suits and talking about other people for a while, because I can hopefully do this a lot longer.

Graves grew in popularity as a member of the NXT announce team, and was pivotal behind the scenes when the yellow and black brand started it’s ascension towards being one of the most talked about promotions in the wrestling world. In 2016 he was moved up to join both the Raw and SmackDown brands, and to this day has been compared to the classic color-commentary legends Bobby The Brain Heenan and Jesse The Body Ventura. How does Graves process the comparison?

They are mythical creatures to me. I’d love to be in the same breath as them, but I probably won’t accept it someday, maybe not until I’m gone.

Graves’s competitiveness in the ring certainly translated well to the commentary booth. It’s clear that even though he appreciates the comparisons, he’s on the path to create his own body of work. In the meantime, let’s count ourselves lucky that we get to be around to hear him do his thing.