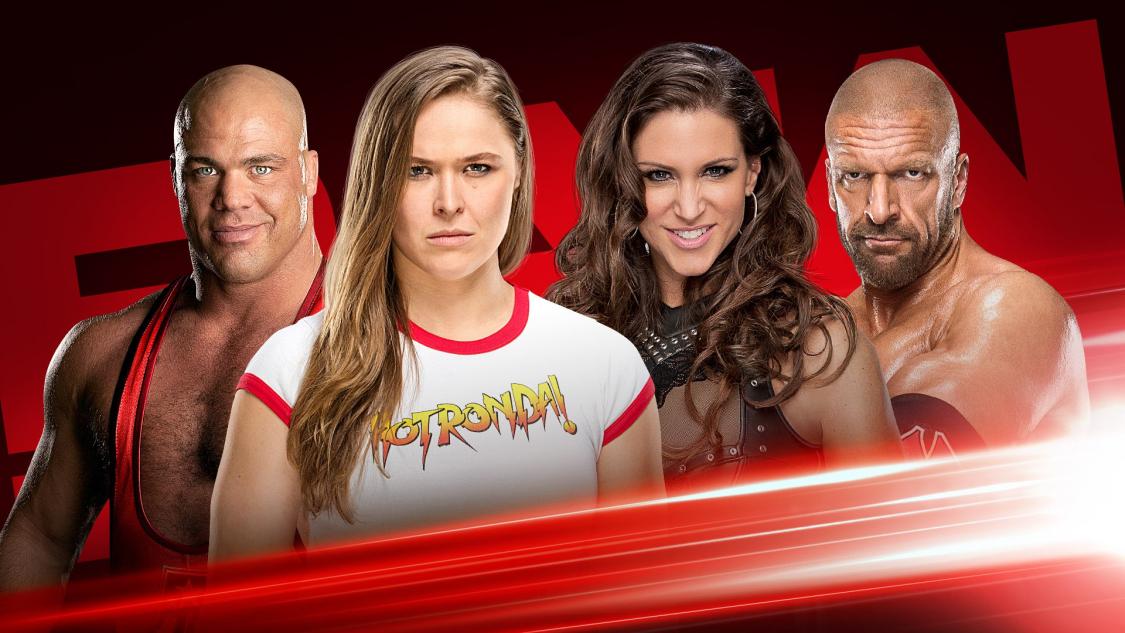 Welcome to Ringside News’ coverage of the final Monday Night Raw before WrestleMania 2018!

It’s hard to believe we’re back at WrestleMania again but it’s always the most exciting time of the year in the wrasslin’ business. Before we get too far ahead of ourselves though, it’s time for one last edition of Raw to send us into the big show – at least as far as the red brand is considered. So the headline for tonight’s show is, most likely, Brock Vs. Roman. Two weeks in a row now, Lesnar has viciously attacked Roman and we’re all meant to be very sad about it. Now, let’s be clear, Reigns should and will win at WrestleMania because I for one am pretty tired of a part-time Champion running the show. Having Reigns back at the helm means others can get a shot and win, for example, Braun Strowman. Lesnar has held the title hostage long enough and we’re ready to move on, even if it’s a hard sell right now.

Arguably a far more interesting element of tonight’s show is that of John Cena and The Undertaker. Now, we all know the match is going to happen even though The Undertaker has yet to accept. It’s hard to imagine the challenge going unaccepted tonight, leading to an impromptu match at ‘Mania, so I fully expect the Deadman to reappear tonight and accept the offer, probably with a big Chokeslam to Cena for good measure. This could very well close out the show.

Also on tonight’s Raw, Ronda Rousey will have a contract signing with Kurt Angle and the McMahon’s. Ahh, it seemed like only weeks ago that Ronda signed her contract and tonight she will stand in the ring with her partner and her opponents, to answer questions from the WWE Universe. It’s fair to assume that this confrontation will end with some fisticuffs and I expect Stephanie or Triple H to stand tall because they most certainly won’t be come Sunday night.

Seth Rollins, Finn Balor and The Miz will face-off one more time, as well as Alexa Bliss and Nia Jax, The Bar and Braun Strowman, and lots more. It’s set to be a hectic night of Raw, so get ready, download the Ringside Talk app, and enjoy the show!

News Tip
wpDiscuz
334
0
Would love your thoughts, please comment.x
()
x
| Reply
You are going to send email to
Move Comment