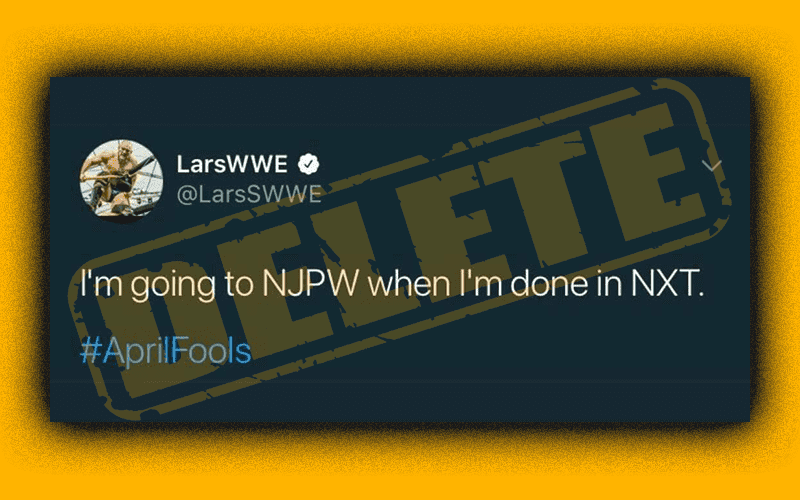 WWE had Lars Sullivan delete his post on Twitter that was supposed to be an April Fools joke. WWE apparently doesn’t allow their talents to mention New Japan Pro Wrestling on Twitter and had him remove the post. Below is a screen cap of what he originally wrote.

Lars commented on being told to delete the post, as seen below:

(Thanks to Cassidy Haynes of Bodyslam.net for passing this along)