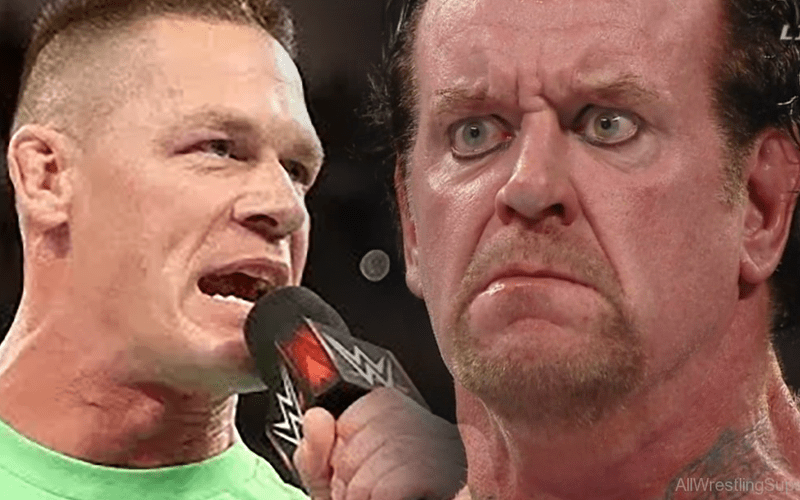 If you follow John Cena on Instagram then you know he doesn’t say a lot and usually lets the pictures do the talking because they’re supposed to be worth 1,000 words anyway.

WIth WrestleMania 34 coming up and The Undertaker still not making an appearance it looks like John Cena could have one last chance to throw a hail mary at Taker’s direction and beg for Mania match.

It appears Cena heard the rumor mill churning about an American Badass return for The Undertaker as well and since Kid Rock is also going to be in the Superdome it could make perfect sense.

The future Duke Nukem star recently slapped a picture of a shirt on his Insta that just screams ‘Merica! This piece of apparel says “American Badass” and it’s not hard to read between those lines. It looks like it doesn’t matter to Cena whether he’s taking a Tombstone or a Last Ride, he just wants Taker to do something.