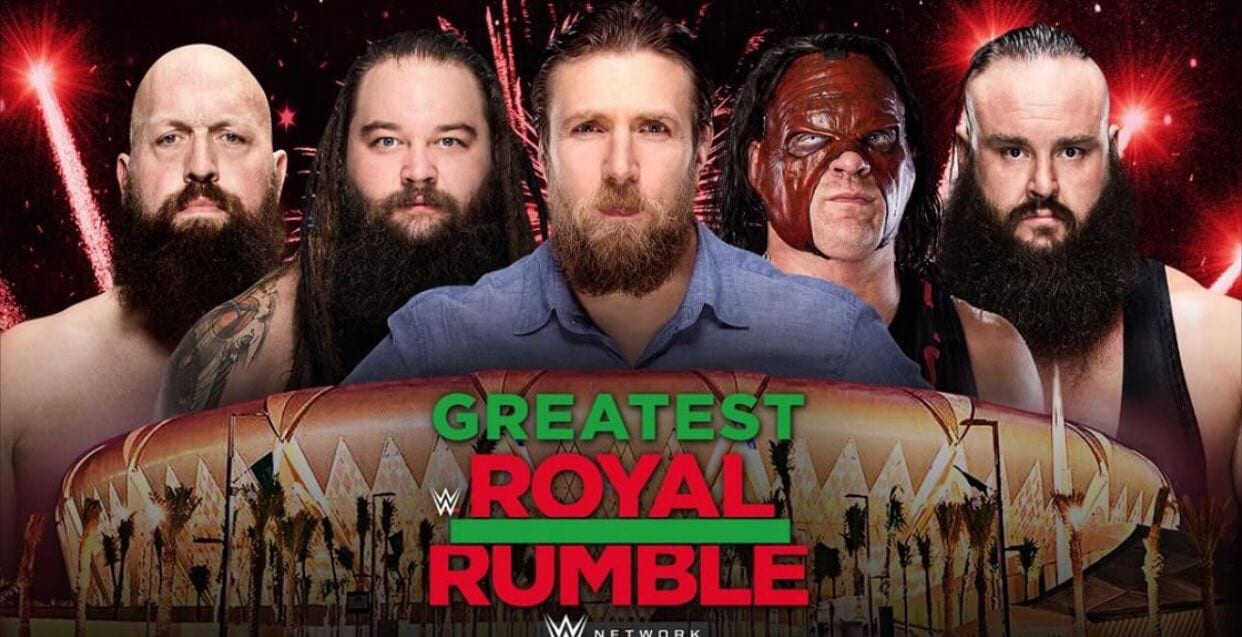 WWE needs to worry about their big Saudi Arabia event because it’s coming up pretty fast. Honestly, they might have been wiser not to book the Greatest Royal Rumble so close WrestleMania, but that’s another story.

Now the big 50-man Greatest Royal Rumble match is starting to take shape and the first 5 names announced for this match are pretty big.

WWE is obviously putting some huge names up front when they announce Daniel Bryan, Braun Strowman, Bray Wyatt, Kane, and Big Show as the first five guys to enter the match. After all, they can’t all be winners when you’re dealing with 50 guys. But then again those big names need to have plenty of people to throw around.

Thankfully, this event is going to air on the WWE Network on April 27th.