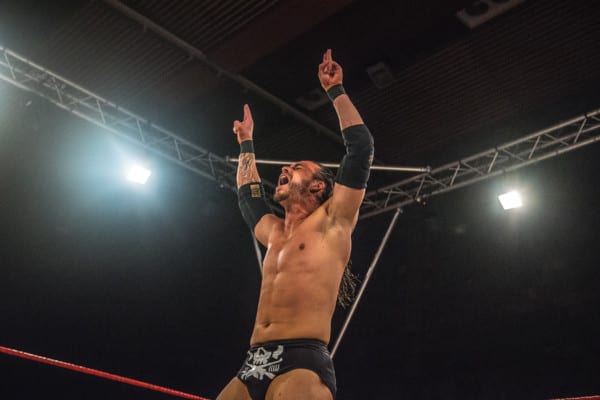 If you’ve followed Adam Cole from the independent wrestling circuit then you’re well aware of his days in Pro Wrestling Guerrilla. He fought his way to earn the respect of fans all around the world becoming a member of the Bullet Club in the process while picking up accolades and championships along the way in many more companies as well.

Although Cole hasn’t picked up a singles title in WWE yet, he did become the PWG World Champion during his time in the famous Southern California wrestling promotion. He also has a chance to become the first-ever NXT North American Champion at NXT TakeOver: New Orleans according to the current television storyline.

Cole recently sent out a social media message to remind fans that he is then, now, and forever bay-bay.

The stage might be a little bit bigger now than it was back then, but Adam Cole is still the same guy who walked into the American Legion in Reseda California.