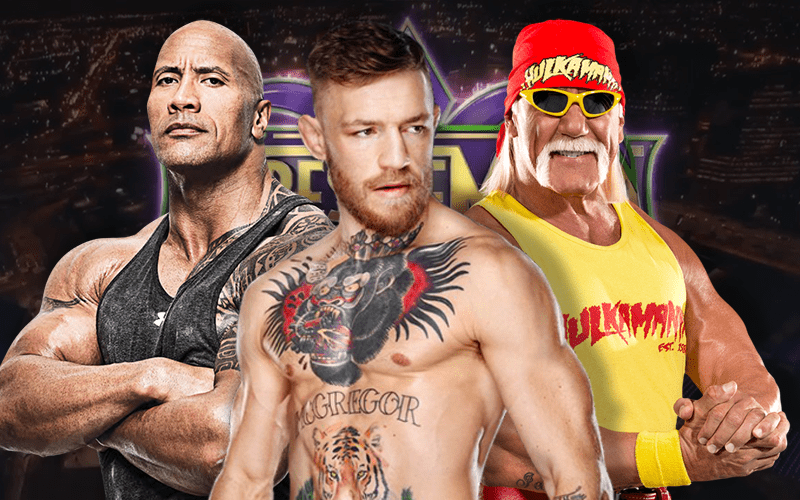 After what feels an eternity, WrestleMania 34 will take place this weekend, and it looks set to be one of the biggest events in the show’s history.  With a reported run-time of 7 hours, and 14 matches (presuming John Cena faces The Undertaker), there is plenty to get excited about over the next few days.

WrestleMania is the biggest show of the year, and one of the things that makes WrestleMania so special is the ‘anything can happen’ on the night aura that it carries. Last year’s WrestleMania saw the return of The Hardy Boyz while other recent Manias have given us the end of the streak and Seth Rollins’ iconic Money in the Bank cash-in.

Will this Sunday’s show have any surprises in store for us? You can bet your last dollar that it will. Let’s take a look at ten potential surprises we could see at WrestleMania 34.

The Cruiserweights make the Main Show

205 Live has slowly become one of the best shows on WWE television right now, and while the show may still be struggling to gain viewers, few can argue with its current quality.

With the brand riding a wave of momentum at the moment, having Cedric Alexander and Mustafa Ali, two of the brand’s most over superstars, perform on the grandest stage of them all to a wider audience might finally give the brand the exposure it so desperately needs.

The match seems destined for the pre-show, especially after Neville Vs Austin Aries, a match many fans wanted to see, was relegated to the kick-off last year, but it would be a nice gesture for all of their recent hard work to give them a spot on the main show.