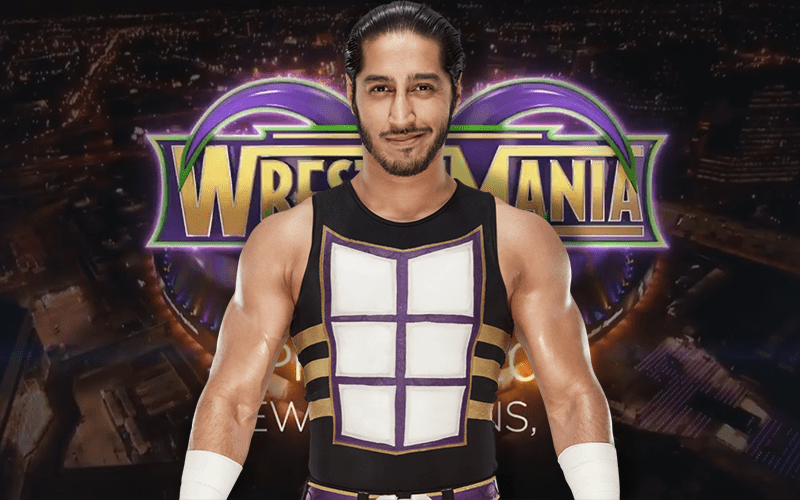 WrestleMania 34 is shaping up to be one of the best put together cards in WWE history, with major marquee matchups like Shinsuke Nakamura versus A.J. Styles for the WWE Championship, Charlotte Flair versus the undefeated Asuka for the SmackDown women’s championship, the debut of Ronda Rousey, and the possible return of the Undertaker taking on the franchise John Cena.

While most of the undercard is solid as well, one matchup that has the potential to be match of the night may occur on the kickoff show. That’s the battle for the cruiserweight championship between Cedric Alexander and Mustafa Ali. Both men have earned the right to compete at the grandest stage of them all by advancing to this final round in the recently put together cruiserweight tournament by new General Manager Drake Maverick.

However, April the 8th isn’t just about competing for gold for one Mustafa Ali. To him, being able to wrestle for the biggest wrestling company in the world at their biggest show of the year is a barrier breaker based on his ethnical background. Here’s what Ali had to say regarding the issue on WWE.COM:

To me, it’s a huge opportunity for representation. There are preconceived ideas and these barriers that have come along with a name like mine. [I’d be] typically portrayed as the ‘bad guy.’ I have a chance to knock all that down and show young guys and girls who look like me and have a name like mine, here’s a guy like you that chased his dreams and wasn’t worried about labels.

Ali’s story is actually a pretty magical one. He wasn’t originally supposed to even compete in the Cruiserweight Classic held a couple summers ago.

I didn’t know what happened, if I had done something, or they had forgotten about me. I frantically contacted William Regal to find out what happened. It was then I found out I was an alternate. I remember being so devastated.

Fortunately Ali took advantage of his one opportunity when a talent got injured, and competed against Lince Dorado in the CWC.

My mindset was to maximize every single second that I had. I knew that I didn’t have nearly as much of the fanbase or reputation as some of the other guys in the Classic, but I told myself ‘You have to go out there and capture their attention right off the bat.’ I felt like, after my performance, they were like ‘keep an eye on this kid.’

The rest of course…is history.