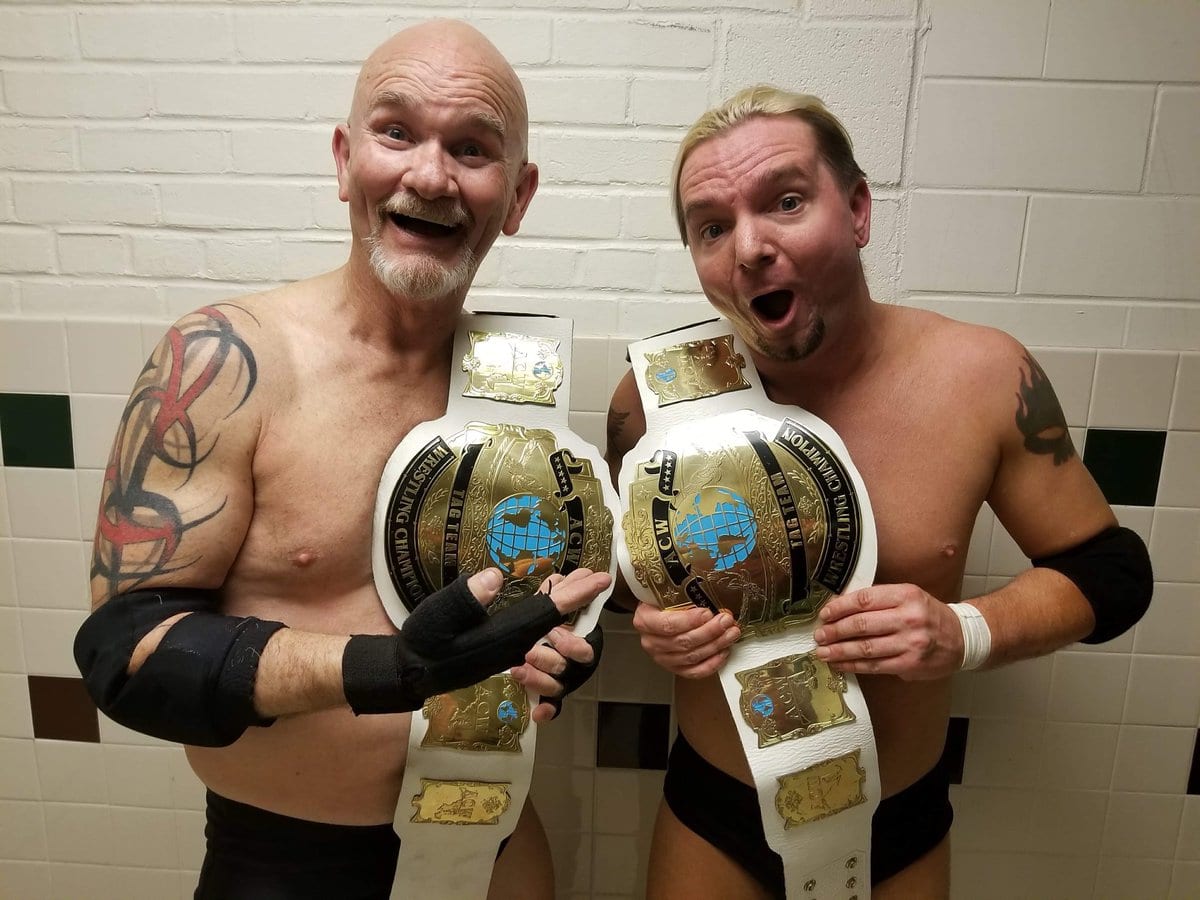 James Ellsworth was compared to Gillberg all the time when he was in WWE and this settles the argument of what kind of team they would become if these two underdogs joined forces. Because the Chinless Wonder and Goldberg’s malnourished twin brother are now ACW Tag Team Champions.

Yes, this went down on the indie wrestling scene in a high school gym because where else would you expect it to happen? But this was kind of a stacked show with Tenille Dashwood, Mark Henry, and Mick Foley in attendance as well. The Mickster was actually special guest referee for their championship tag match.

You might not hear much from Adrenaline Championship Wrestling for a long time, but at least you know that James Ellsworth and Gillberg are their tag team champions so that might win you some points in a trivia contest someday.

Although these two were rivals in the past, they often travel together and have become pretty close which is just great to know. They’re enjoying this run as champions but there’s no telling who could take those titles from them. If my guess is right, it could be just about anyone.

Again, this is not an April Fools Day joke. This really happened so we have yet another reason why the indie wrestling scene is so unpredictable.