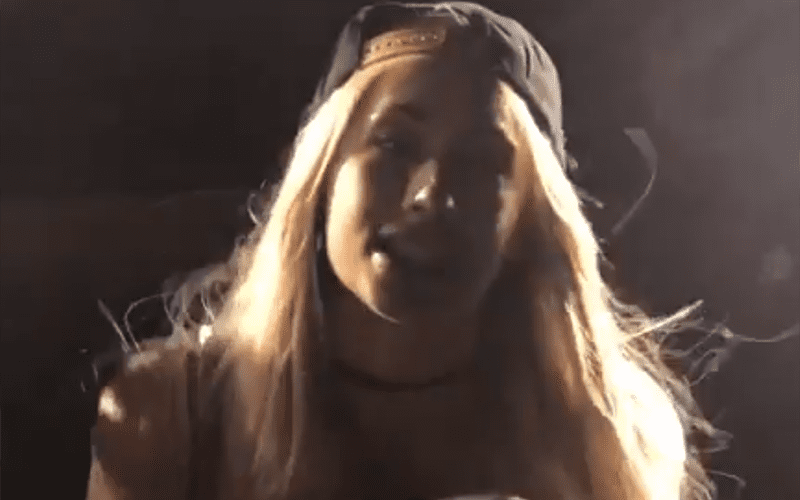 WWE posted footage of Carmella teasing a Money in the Bank cash-in soon.

While Carmella was making her way out to the ring, she told Charlotte that she’s been holding the title for 277 days and she better watch her back. You can check out footage below.

@carmellawwe has held the #MITB Contract for 277 days! Could #MsMoneyintheBank have her sights set on Cashing In on @charlottewwe’s #SDLive #WomensChampionship in the near future?

As previously reported, Brad Shepard of BodySlam.net reported a while back that the plan was for Carmella to cash in her Money in the Bank contract at WrestleMania this year and lose. It remains to be seen if that actually happens but we are only a week away from the biggest pay-per-view of the year.