Russo opens today’s show by mentioning that WWE’s concussion lawsuits have been thrown out of court. Gilbertti points out that from a legal standpoint, it’s very tough to prove that WWE is liable for all of the concussions that were suffered over the span of these lengthy careers. 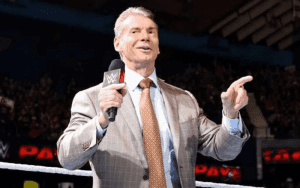 Russo agrees with Gilbertti for the most part, but he believes that WWE puts themselves in bad spots sometimes because of the way they’ve handled certain situations over the years. He points out that in the NFL retired players have a pension, so if they suffer from health issues and are unable to work a regular job at least they have their pension to fall back on. WWE does not have anything of that nature for their retired performers.

Gilbertti points out that NFL players are employees, but WWE performers are independent contractors. When a performer signs a WWE contract they need to understand that they’re playing by WWE’s rules and WWE will pay them for abiding by those rules. Russo understands that logic, but he doesn’t understand why WWE can’t just do the right thing here.