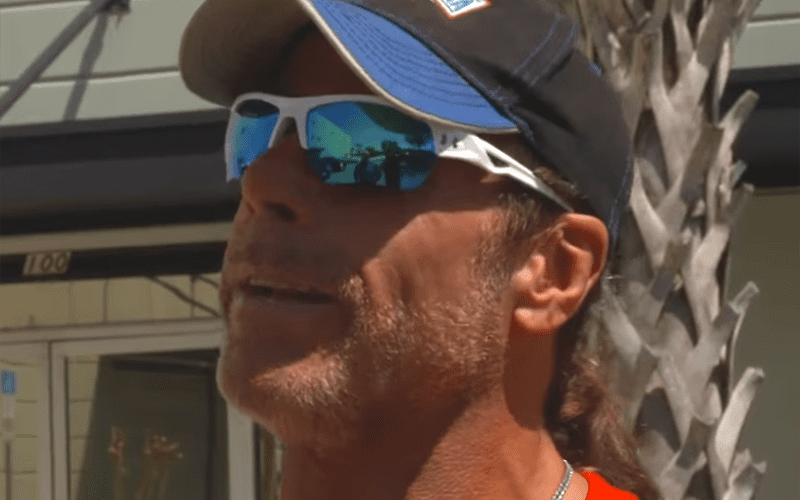 The Daniel Bryan comeback story continues to inspire much of the WWE Universe, including Mr. WrestleMania himself, Shawn Michaels. WWE recently released a video with the Heartbreak Kid where he describes how he feels now that Bryan finally gets a return to the ring. As someone who also had to leave the business before they were ready, Shawn’s excitement for D.B. speaks volumes.

Like everyone else I was thrilled for him because I know what it’s like to be forced away from this before you are ready to let it go. I know it’s a special moment for him. Clearly, it’s an unbelievably special moment for the fans. This isn’t a comeback, this is a second chance. He’s a wonderful young man and I know he’s going to make the most of his opportunity that’s for sure.

I knew he was talented from the day that I saw him. From the first time he walked into the Shawn Michaels wrestling academy he was a hard worker, he was unbelievably talented. But, like me, one of the things that I knew was going to be an up-hill battle for him was his size. You know that he’s going to be successful but I don’t think any of us anticipated this. I mean, he has become the underdog. I don’t know that anybody’s ever captured the people quite like Bryan has, certainly at this time, and it’s a great thing to see.

When doctor’s tell you “you can’t do this anymore” it’s heartbreaking. The truth is, it’s a lot easier to leave on your own terms then it is to have to be forced out on someone else’s terms, and now he’s got the opportunity that very few people have, and that’s to have everything. He’s going to have that wonderful family. He’s going to get an opportunity and a second chance at the career he loves being in. And that as far as I’m concerned, that’s living heaven on earth.

Here’s the full video. Still can’t believe this is all real. <3