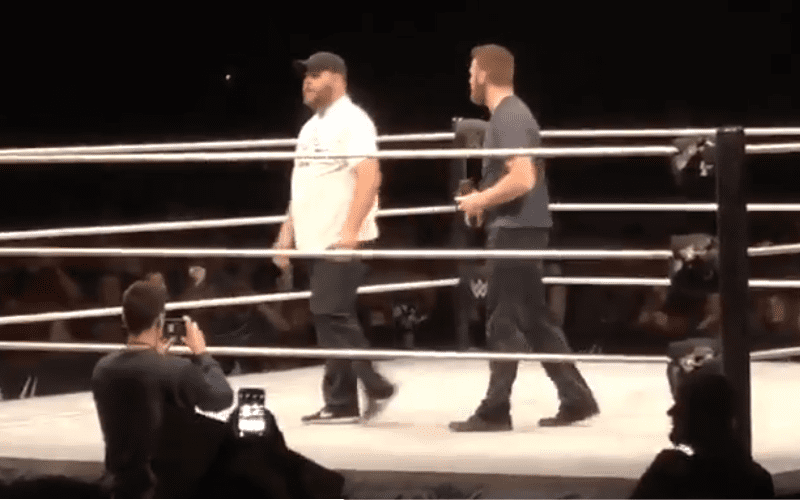 Kevin Owens and Sami Zayn might be fired but that won’t stop them from following the SmackDown Live brand like a couple of hardcore fans. But unlike any fan, when they jump in the ring security isn’t there to stop them right away. When they showed up to the Huntington WV house show on Saturday night it caused quite a stir.

Tye Dillinger had just defeated Mojo Rawley in a match described by those in attendance as something worth missing. But once Dillinger picked up the win and started celebrating it got very interesting.

Kevin Owens and Sami Zayn rushed the ring and took out the Perfect 10. They each had a chance to speak on the microphone and voice their displeasure of Shane McMahon. To add a nice touch to things, Sami Zayn’s microphone appeared to get cut out a couple of times too like they were trying to cut him off from the back.

WWE officials and road agents soon surrounded the ring and escorted KO and SZ out. They led them up the ramp and out a side door instead of heading to the back.

It was reported that before the show started they announced that neither man would be there in the advertised main event and that received plenty of boos. You can hear by the reception they received that everyone was more than happy to see them in WV.