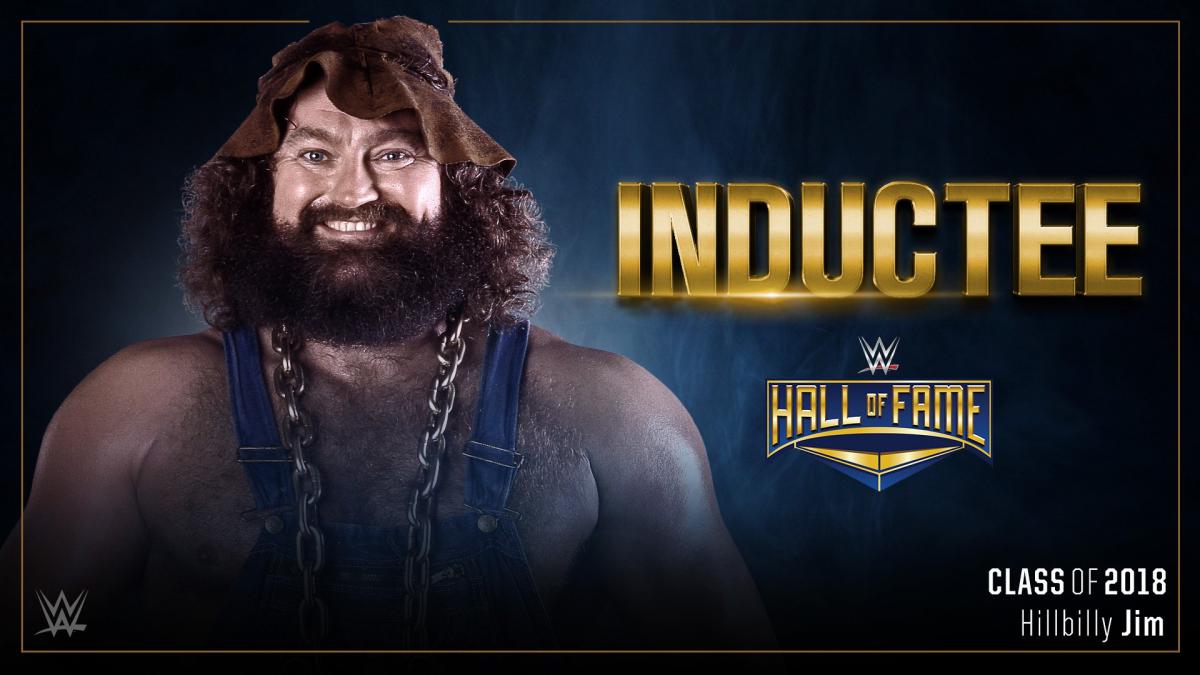 WWE announced today that Jimmy Hart will induct Hillbilly Jim into the 2018 WWE Hall of Fame Class. Many were speculating that the company could possibly bring Hulk Hogan back to induct Jim but that doesn’t appear to be the direction WWE wanted to go.

Hillbilly Jim arrived on the scene in WWE in late 1984 as the protégé of Hulk Hogan, which made him a prime target for Hart and his collection of evildoers. The man from Mudlick, Ky., did battle with the likes of The Honky Tonk Man, Greg “The Hammer” Valentine and Earthquake, all as “The Mouth of The South” Jimmy Hart lurked at ringside, ready to help his charges gain victory by any means necessary.

But after the two men stepped away from the ring, they grew to become close friends. Hart and Hillbilly Jim even lived under the same roof on the hit WWE Network reality show “Legends House.”

What stories will Hart regale the WWE Universe with when he inducts Hillbilly Jim into sports-entertainment’s most hallowed hall? Find out during the 2018 WWE Hall of Fame Induction Ceremony, streaming live on WWE Network Friday, April 6, at 8 ET/5 PT!