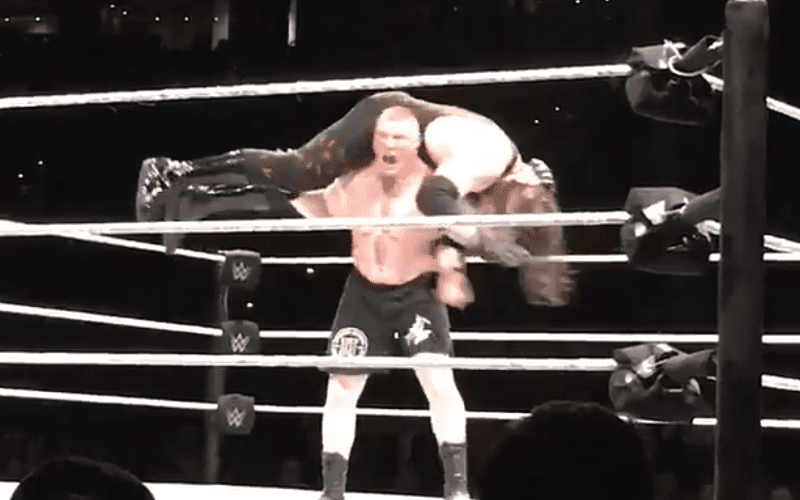 WWE Universal Champion Brock Lesnar made his final WWE Live Event appearance for the foreseeable future at last night’s event in Boston. Lesnar went up against Kane and Braun Strowman in a triple threat match for the title.

The match, just like every other house show match that Lesnar partakes in, was very quick. Justin Barrasso from the Sports Illustrated who was in attendance for the show reported that the match ended under five minutes when Lesnar hit the F5 on Kane for the three count.

Barrasso also posted the footage of the match on his twitter handle:

As noted, this might very well be Lesnar’s last match victory in the WWE.