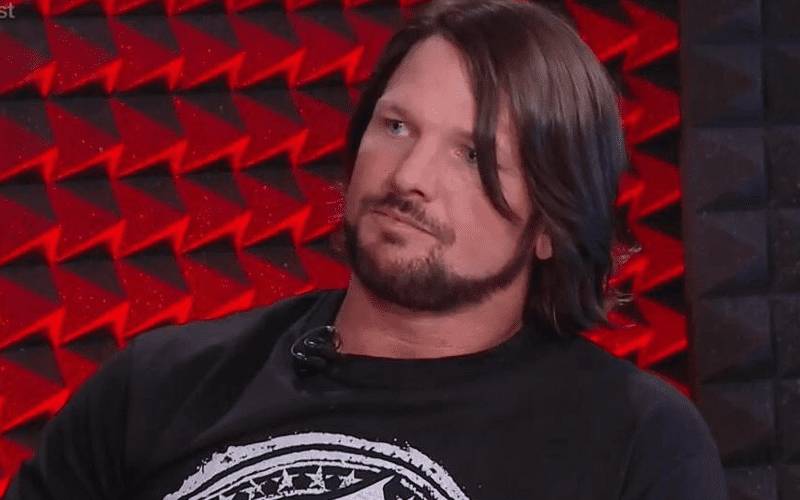 Thanks to technological advances on the internet and with streaming services, getting exposure as a professional wrestler is as available to talent as its ever been. Still, many superstars have that dream of one day being involved with what has been dubbed the Super Bowl of the wrestling universe, WrestleMania. To see that dream come true for any young man or woman is bittersweet, but when it happens for an athlete as talented as current WWE Champion A.J. Styles, it truly is magical.

That’s part of what the Phenomenal One expresses in an interview with USA Today’s For The Win where A.J. discusses a multitude of topics including his most recent injury scare, his thoughts on Charlotte versus Asuka, and preparation for his “Dream Match” opponent Shinsuke Nakamura. It is A.J.’s response to the sensation he gets performing at WrestleMania that is probably most notable.

How would you describe the feeling you get when your music hits and you walk out of the stage at WrestleMania, with 70,000-plus fans watching?

I wish I could describe it to you. This is the reason why so many performers go longer than they probably should of, is because of that feeling when you walk out on that stage into a sea of people. And it’s so loud, and the stadium’s so big, that when you get in the ring you can’t even hear them. It sounds crazy, but it is an awesome, awesome experience.

You’ve had two WrestleMania experiences so far, but this time you’re arriving as a headliner and the WWE Champion- If someone told you 5 or 10 years ago that you’d be in this position, what would you have said?

Wow, I wouldn’t have believed them, that’s for sure. I think there was a moment in my career where I just thought ‘well, the whole WrestleMania thing’s never going to happen for me. I get it and I understand it, I’ll move on.’ Now the opportunity to have two under my belt. I never would have believed it, especially going into WrestleMania as WWE Champion.

It’s humbling to see a talent like A.J. Styles who has worked so hard for so long all over the world like finally be able to gain the recognition and appreciation he deserves. The fact that he’s in his prime and with the WWE truly makes this a special time in sports entertainment.