Edge and Christian open today’s show by speaking about the rumoured Shane McMahon & Daniel Bryan versus Kevin Owens and Sami Zayn match. Edge notes that Bryan probably wanted to return in a main event singles bout, but it’s probably good that he can dip his toes back in the water in a tag match. 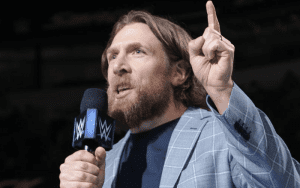 Edge informs that anytime he was off for any amount of time with an injury it would take at least a month for his body to recalibrate to life as a professional wrestler. He also adds that Bryan and McMahon have had issues with each other for the last year so from a storyline perspective WWE can do some interesting things in the match. In addition, Bryan should have great chemistry with Owens and Zayn and that should make things easier on him in his first match back.

Christian talks about the recent NJPW show which took place in the United States. He notes that the show was quite long, but he really enjoyed The Young Bucks’ performance on this show. He mentions that one of the Bucks was nursing a back injury and they did a great job of incorporating that injury into the storyline throughout the match. He credits their ability to adapt and adjust as performers.