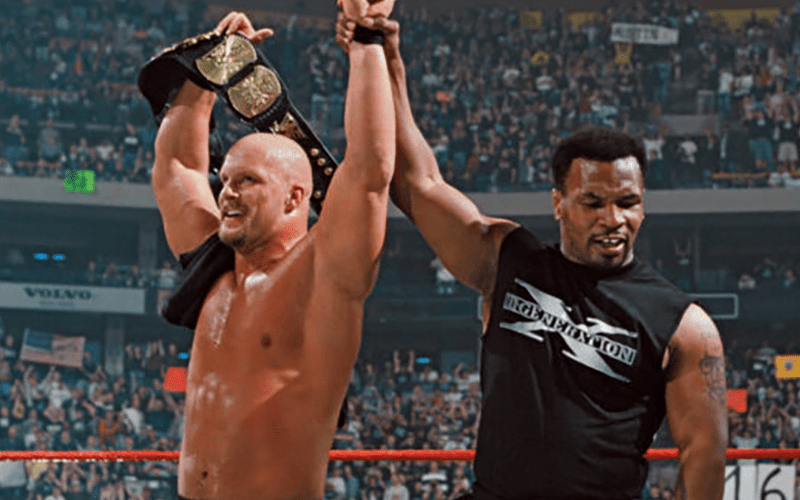 The Rattlesnake is a busy man these days hosting his very own podcast and reality television show on CMT. Still, he continues to stay involved with the pro wrestling industry as much as he can and recently reflected back on his first WWE Championship win against the Heartbreak Kid Shawn Michaels at WrestleMania 14. If you recall, that was a dark time in Shawn’s life; suffering from tremendous back pain and being incredibly selfish/difficult to work with behind the scenes. Austin was well aware of the all the controversy sparked by the Showstopper, but didn’t still believed he and Shawn could deliver when the time came. The bout had more mainstream eyes on it then the normal thanks to the addition of “Iron” Mike Tyson as a special enforcer at ringside. Tyson would be the one who made the count for Austin (although a little fast according to Stone Cold) in the deciding pinfall which kickstarted the Austin Era that was one of the pinnacle moments in WWE history.  Still, 20 years later he thinks that their main event in Boston wasn’t as extraordinary as it should have been considering the circumstances.

Watch the video below to hear it from the Hellraiser himself:

In my honest opinion I thought the match handled the “passing of the torch” storyline just fine, but Stone Cold has always had this tremendous pride in putting on the best show that the people pay for. If only he knew that would only be the beginning of his legendary run at the top.