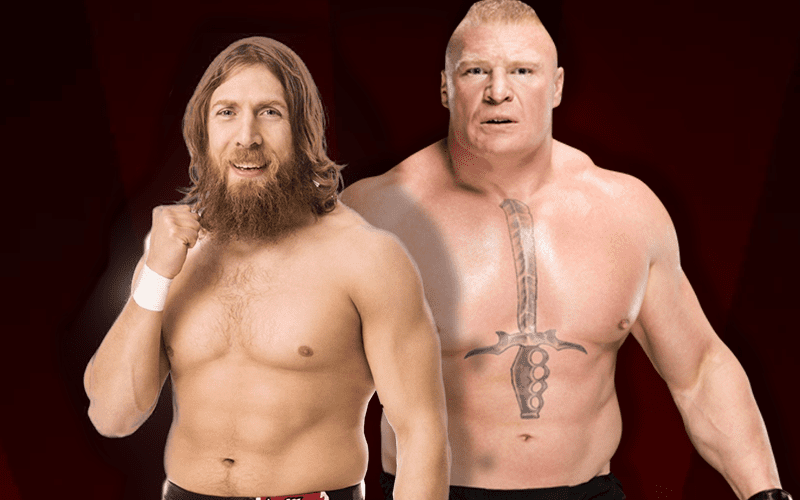 For the last few years we best know Paul Heyman as the advocate and hype man for the Beast Incarnate, Brock Lesnar. While his skills at cutting a promo are some of the best in the business, it’s important to compliment Heyman on his understanding of the WWE Universe. In other words, he knows the stories we want to see, because it’s the same stories that he wants to see.

In a recent sit-down with Newsweek (full interview here) the former ECW promoter gives his insight on a plethora of current WWE topics including his opinions on Ronda Rousey (and whether or not he’d advocate for her), and Brock Lesnar’s possible departure from the company and back to the octagon. However, the most interesting question that Heyman received involved Daniel Bryan. When asked how he felt about his return to the ring Heyman had this to say:

“That’s all he wants to do. It’s what he dreams about, what he envisions, it’s what he wakes up wanting to do and thinks about when he’s going to sleep. So ever since that moment the doctors told him “sorry we’re going to have to advise if you retire” the only dream Daniel Bryan has had, the fantasy in his life, is to be cleared and to exploit the opportunity of stepping back into the ring. And now he has that chance. So I’m ecstatic for Daniel Bryan. Very few people I know deserve to live out their dreams more than Daniel Bryan.”

The following question revolved around a Brock Lesnar versus Daniel Bryan program. Heyman didn’t take long to think about it:

“I have wanted to see Brock Lesnar vs Daniel Bryan even before Lesnar debuted on the main roster when Bryan was known as The American Dragon. I loved his matches even in the early part of his career and found him to be one of the most compelling, riveting performers in the history of this industry.”

What do you think ringsiders? Would a showdown between the Beast and the American Dragon be as exciting to you as it would be to Heyman? If you recall, SummerSlam 2014 was supposed to pit these two against each other but Bryan suffered a major injury setback that saw John Cena take his place. (AND GET MURDERED.)

I for one, wouldn’t mind seeing it go down for real.