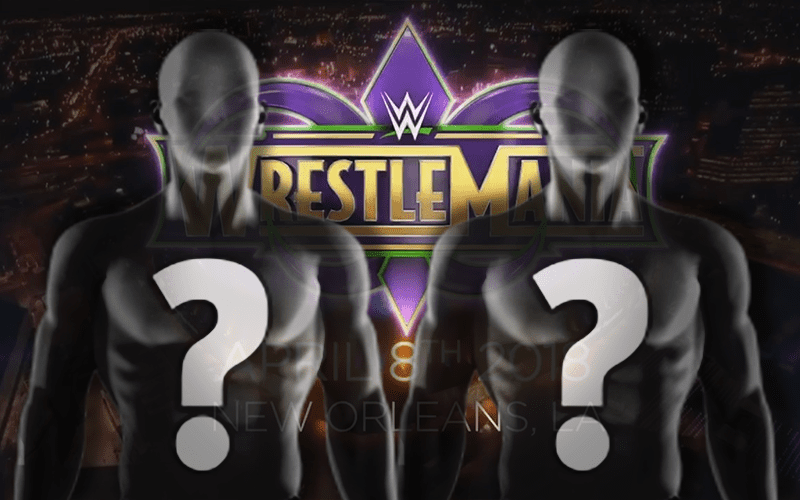 As seen on Tuesday’s episode of SmackDown Live, WWE announced The Usos will defend their SmackDown Tag Team Championship titles against The Bludgeon Brothers and The New Day at WrestleMania in two weeks.

Several readers have sent word that WWE may have actually spoiled the match stipulation for the bout. Apparently the mobile alert that readers received stated that the match would be a TLC match. However, it appears that the update was deleted.

Until we can confirm, take this with a grain of salt because it could have easily been an accident made by someone working for WWE. It’s worth pointing out that a ladder match was rumored for WrestleMania this year at one point, however we are unable to confirm at this time if that plan still remains.