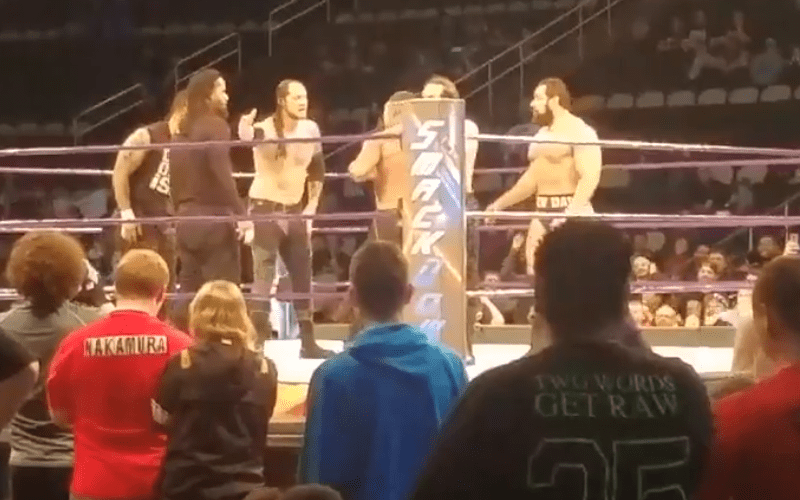 The post-SmackDown Live dark match saw AJ Styles team up with The Usos against the team of Aiden English, Rusev and Baron Corbin. This match was received well by the audience and had an amazing finish.

The match ended when the referee took off his shirt and joined the Usos to superkick the heel opponents. Styles did the three count as the ref pinned Rusev and the Usos pinned the other two members to win the match and end the show.

One of the fans in attendance managed to get the footage of this rare finish, which you can see below.

What did you think of this bizarre finish? Sound off in the comments below…