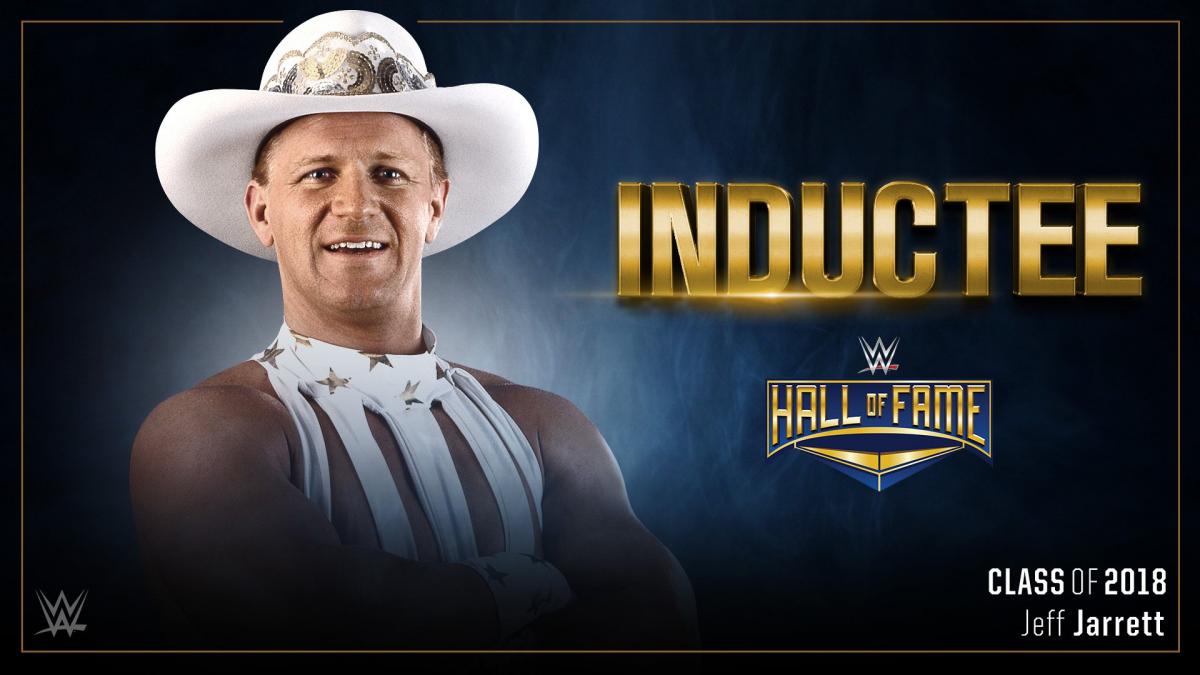 One half of the former six time tag team champions OF THE WORRLLLLLDDDDDD and current SmackDown Live writer Road Dogg Jesse James will be preparing to cut one of his infamous speeches on WrestleMania weekend. That’s because WWE has announced that Road Dogg will be inducting one of his old friends Double-J Jeff Jarrett into the Hall of Fame, class of 2018. OH YOU DIDN’T KNOW? One of James’s first gimmicks within the company was playing valet/manager to Jarrett during the latter’s country music phase. (Oh what a phase it was.)

“Road Dogg arrived in WWE in 1994, then known as The Roadie, acting as Jarrett’s gofer as he tried to use WWE to springboard to country music superstardom. In addition to taking care of Double J’s musical endeavors, Road Dogg wasn’t afraid to meddle in Jarrett’s affairs in the ring, either. That led to the beginning of Road Dogg’s in-ring career with WWE, which saw him go on to become a six-time tag team champion and an Intercontinental Champion.”

This news breaks a day after it was decided that Paul Heyman, Universal Champion Brock Lesnar’s advocate, will be inducting 2018’s headliner Bill Goldberg.

Jarrett surprisingly made it back into the good graces of the WWE after years of separation that even led J.J. to form his own promotion, Global Force Wrestling after years of work at TNA. A brief stint in rehab funded by the WWE was certainly the first step towards bettering his relationship with his long-time rival McMahon, and it’s nice to see Jarrett get recognition for all of his years of solid character work.