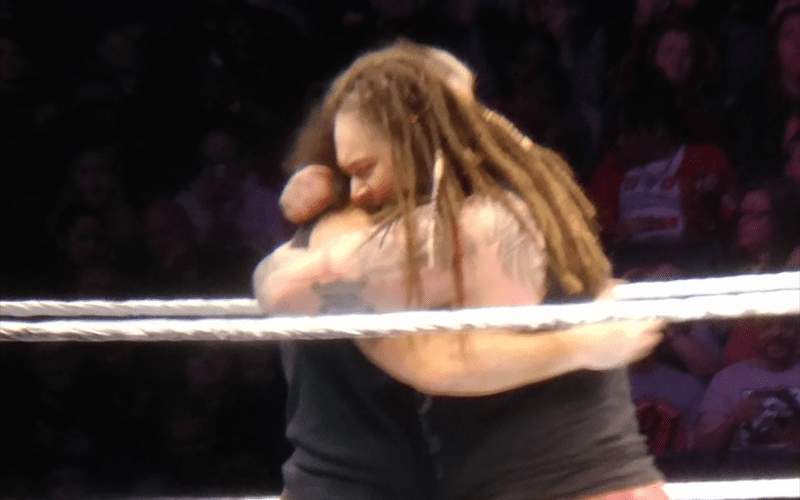 At last night’s WWE house show in Buffalo, New York, Matt Hardy and Bray Wyatt seemingly ended up becoming friends. This was an interesting thing to witness because the duo has been feuding for months now.

Fans in attendance managed to get the footage of the two hugging it out:

Matt Hardy & Bray Wyatt hugging it out at #WWEBuffalo pic.twitter.com/lpsE8ALne4

This goes to show that the rumours about them teaming up could certainly become a reality. Maybe we could see a faction consisting of the Woken/Broken Hardy Boyz and a newly reincarnated Wyatt?

What do you think about this bizarre yet WONDERFUL moment? Let us know in the comments below…