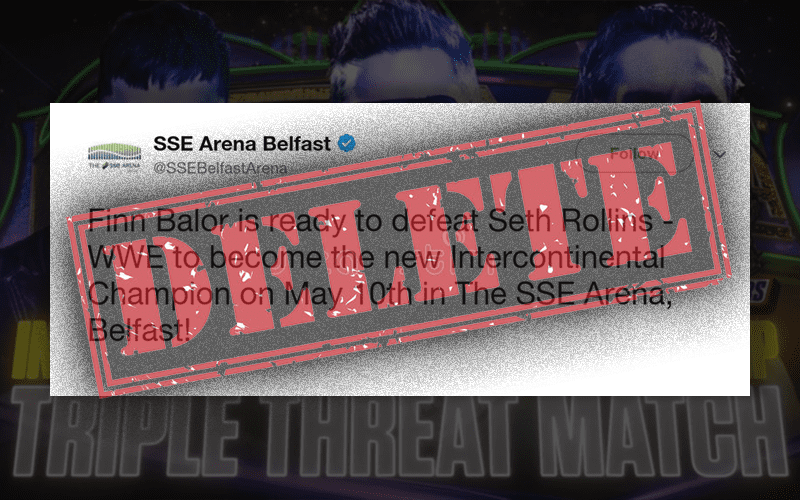 In the arena’s tweet, it was questioned if Finn Balor is ready to defeat Rollins to become the champion, indicating that Rollins will become champion either at WrestleMania or before the May 10 WWE Live Event.

Since the news came out, the SSE Arena has deleted the tweet from Twitter and also removed the Balor promo clip for the event off of YouTube. It’s pretty obvious after the news surfaced online, they realized that someone had screwed up and had the tweet & video removed.