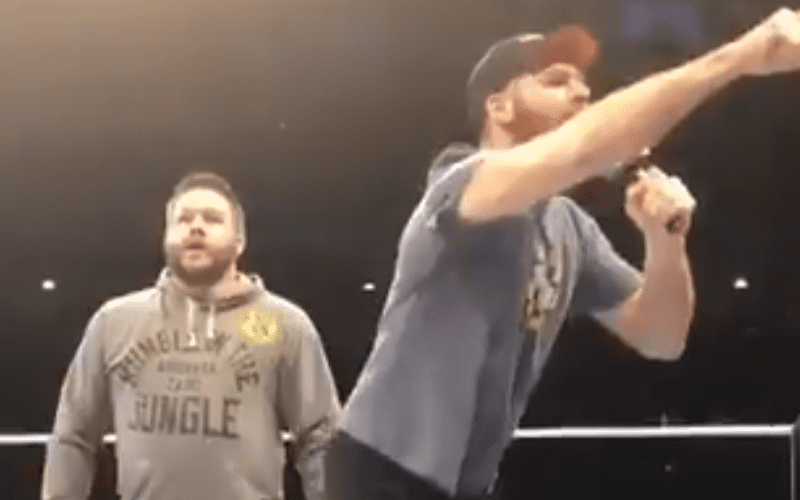 Kevin Owens and Sami Zayn who were “fired” on last week’s episode of SmackDown, “invaded” last night’s Live Event in Trenton, New Jersey. The duo ended up interrupting the house show after they came in and cut a promo on SmackDown Commissioner Shane McMahon and General Manager Daniel Bryan.

One of the fans in attendance was able to obtain footage of the invasion by the two best friends:

Right after hurling insults at Shane McMahon and Daniel Bryan, they were interrupted by Shinsuke Nakamura, who managed to chase them off the building.

What do you think about this surprise invasion by Owens and Zayn? Sound off in the comments below…