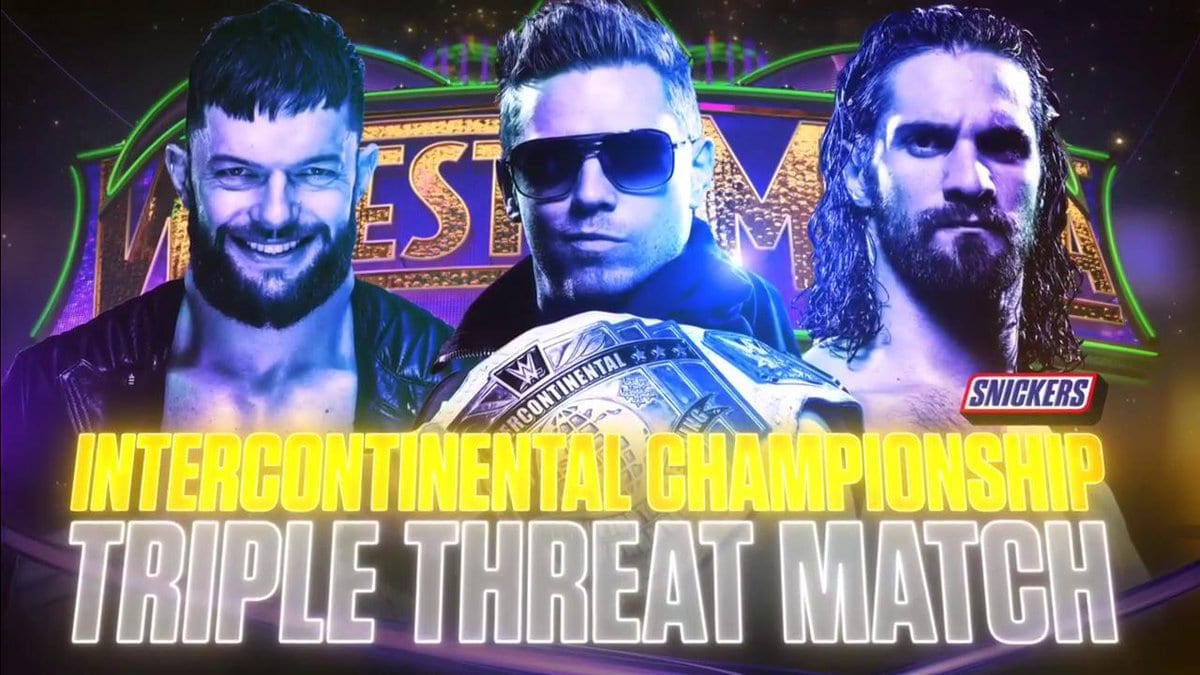 The Belfast SSE Arena may have spoiled the WWE Intercontinental Championship match outcome for WrestleMania.

The Miz is currently scheduled to defend his championship against Finn Balor vs. Seth Rollins in a fatal 3-way match at WrestleMania. However, the SSE Arena indicated on Twitter that Rollins may be leaving WrestleMania as the new Intercontinental Champion.

In the arena’s tweet, it was questioned if Balor is ready to defeat Rollins to become the champion, indicating that Rollins will become champion either at WrestleMania or before the May 10 WWE Live Event.

It’s worth noting that if you click the link and actually watch the video, Balor himself doesn’t say that. It’s very possible that the people running the venue dropped the ball on this tweet and screwed up.