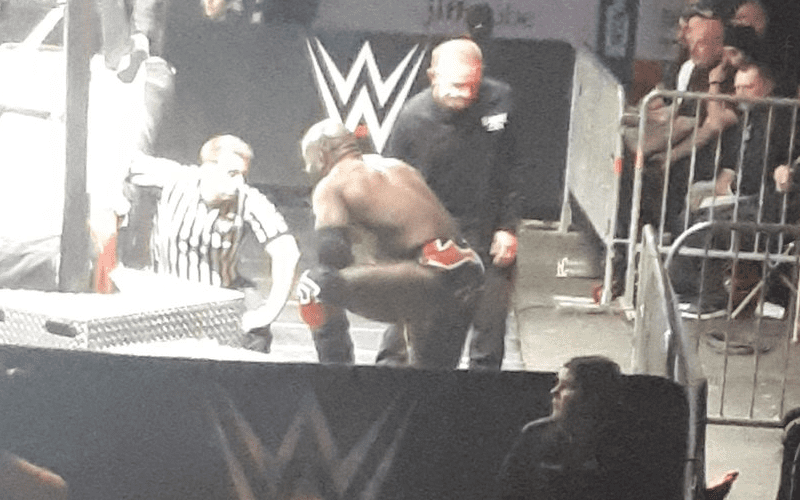 Titus Worldwide member Apollo apparently had an injury scare at a recent house show. Apollo was participating in a triple threat tag team match alongside Titus O’Neil against The Club and RAW Tag Team Champions The Bar.

One of the fans in attendance noticed that Apollo was limping in his match after he attempted a kip-up:

Doctors were also called out to check on him after the referee put up the “X” sign:

Ref through up an “X” for Apollo. Medical staff came down, checked on him, he said he’s able to continue the match. Is limping a bit. #WWEKitchener pic.twitter.com/yCYuhWBVXW

However, Apollo ended up working the rest of the match and his team ended up losing against The Bar. It was noted by some of the fans that Titus O’Neil had to help him reach backstage after the match was over.