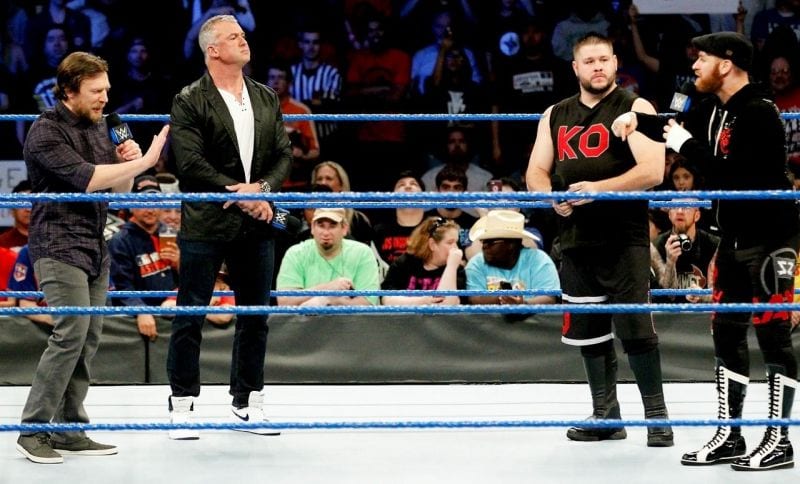 Bryan Alvarez speculated on today’s installment of Wrestling Observer Live that WWE will have a stipulation for the rumored Daniel Bryan & Shane McMahon vs. Kevin Owens & Sami Zayn at WrestleMania. The belief is that the match could be either a unsanctioned or street fight match.

Speaking of Owens & Sami, Alvarez mentioned that WWE could keep them fired after WrestleMania until they do the next Draft or WWE Shakeup and then have them drafted to RAW.