Ryback informs that winning the Intercontinental Title for the first time was a very memorable moment for him because when he went back through the curtain he got a standing ovation from his peers. He points out that having the respect of your peers is one of the most important things in the wrestling business, and he felt very good in that moment. 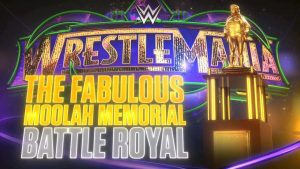 Speaking about the WrestleMania Women’s Battle Royal, Ryback says he’s happy that all of WWE’s Female Superstars will be able to wrestle at WrestleMania. He notes that it’s often impossible to get everyone on the show given the time constraints, so at least a match like this allows everyone to be involved.

That sums up this week’s episode of Conversation With the Big Guy. You can listen to the show yourself anytime here, and I’ll catch ya next week for another recap!