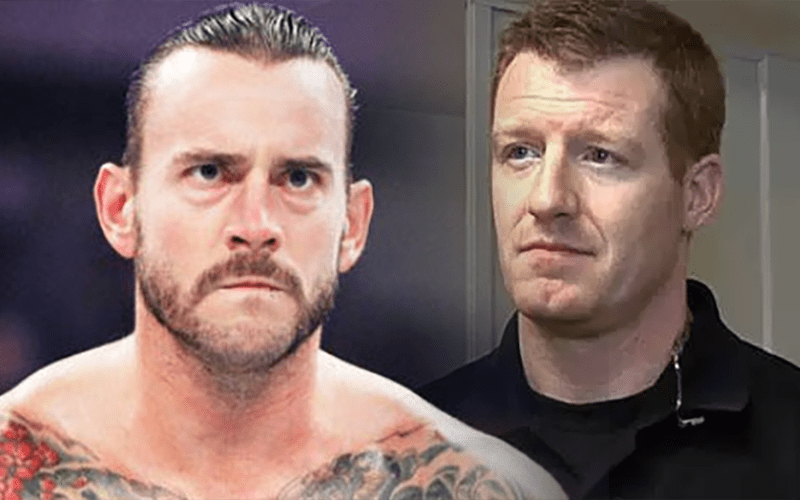 Dave Meltzer reported a few weeks back in The Wrestling Observer Newsletter that CM Punk would be headed to trial “soon” against WWE Doctor Chris Amman over the defamation of lawsuit, however those claims are completely false.

Jon Fisher reported on last week’s installment of Backstage in WWE with Brad Shepard & Jonn Fisher that Meltzer’s claims of the lawsuit heading to trial “soon” are completely false and pointed out that the courts have not set a date at all for a trial between Punk & Amman. Fisher looked up the court dockets in Connecticut and it revealed that the last entry in the docket was back in October of 2017 which did not indicate a trial at all. Fisher also pointed out that the lawsuit was not Punk vs. Amman, it is actually Phill Brooks vs. WWE.

“Last week Dave Meltzer reported that CM Punk, AKA Phil Brooks in the human world and Colt Cabana, real name is irrelevant right now vs. Chris Amann. It’s not him, it’s just him being classified as Phillip Brooks vs. WWE Inc. It’s not Punk vs. Chris Amann. It’s man vs. company. It’s a civil case and it was supposed to be dealt with out of court because all Punk did was call him a really shitty doctor, at the end of the day.”

Fisher pointed out that Meltzer reported that that trial would take place soon, which didn’t specify. In most cases when a court date is set, the Judge gives an actual date and it’s listed on the docket. Fisher mentions that no date for a trial was set in the docket when he looked up.

“He didn’t do anything illegal. He may have done something stupid that Punk’s telling the truth. But whatever, it’s slander and it’s a really stupid lawsuit but that’s besides the point. Meltzer reported that, I don’t have the full quote in front of me but he said that it was supposed to be dealt with out of court, which is true but it’s not going to be and it will be dealt with in court very soon. So let me ask you a question. The words “very soon”, I will even say the words “soon”, what do you think that means? Is that like a week? or is that like three months? What are we exactly talking about? What do you classify soon as? The word “soon” in or after a short time. I will say short time. I would even give it two weeks. So, two weeks as of Monday. If you listen to this on Friday, that’s four days ago he said that the case was going back to court soon. So, because I am always on court dockets, because I am an assignment editor for Pittsburgh NBC, I do it all the time. Probably three hours a day, accumulatively. And I was like, you know what? That’s funny. I was curious and I really wanted to read the affidavit and the court docket so I did it. The last piece of activity in court — according to the Connecticut Court Dockets was October 10th, 2017 and that was a request for argument for a non- argument civil court calendar matter. Very minor, right? Really didn’t do much. It was for court use only at that time. There has been nothing done since then. There is nothing scheduled. Like, I don’t care if Meltzer got a scoop but here’s the thing for a court case that’s not a sentencing — it’s always posted. It must be in the court calendar and the court calendar only goes for a 15-day period and there is nothing scheduled. When I went to look at the schedule were no dates.”

“Meltzer’s wrong. There is no court case coming up soon. If there is anything that is going to happen, I will give all of you the Connecticut Court Docket website and you can follow along yourself and you can actually see when his summons was given, which was July 25th his wedding day and that’s a shoot brother. You can look at the criminal complaint. You can look at the affidavit, which explains what the fuck Punk did. You can read all of that. So here is my advice, if you want to look up anything court related with World Wrestling Entertainment, don’t listen to a guy that creates news and hopes that it comes true. Go to the websites. That just bothered the hell out of me.”

After listening to Fisher’s comments, we decided to follow up. Fisher was 100% correct in his findings. In the photos below, you will see that no actual court or trial date has been set, which indicates that Meltzer blatantly made up his report in The Wrestling Observer Newsletter. These images came directly off the Connecticut Court Dockets website at this link. 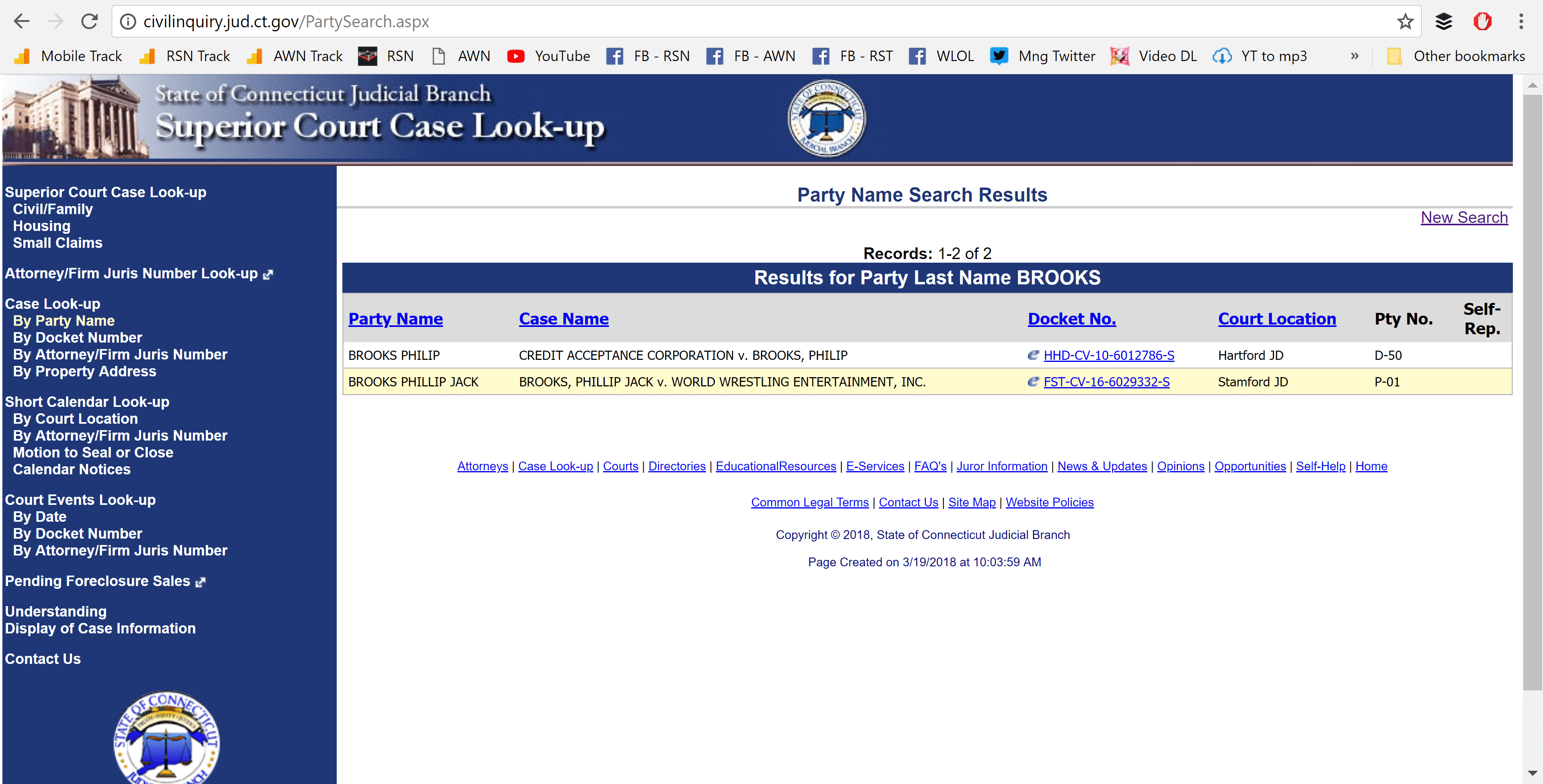 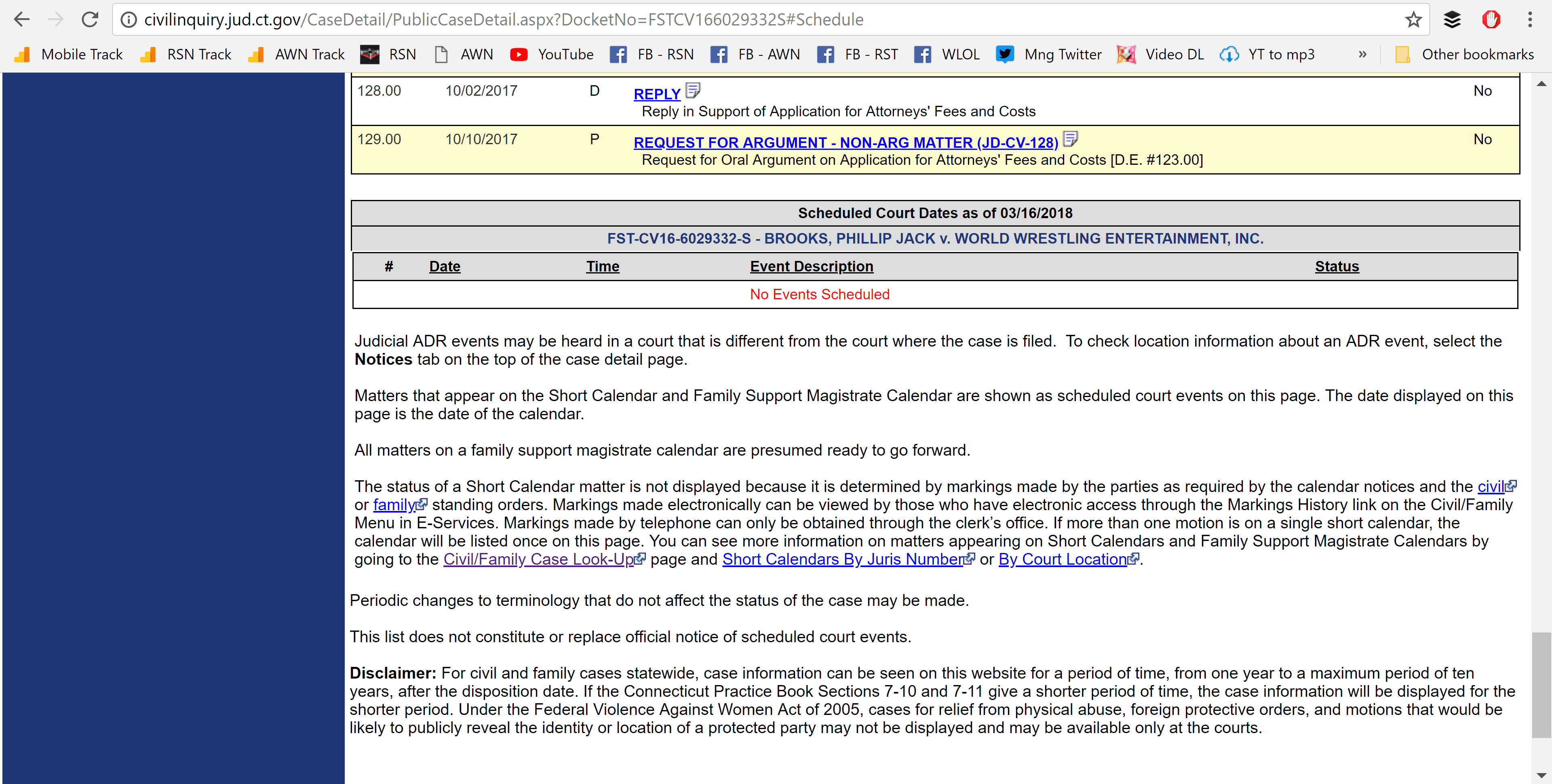 You can listen to Fisher’s remarks about the CM Punk vs. WWE lawsuit embedded in the audio below.