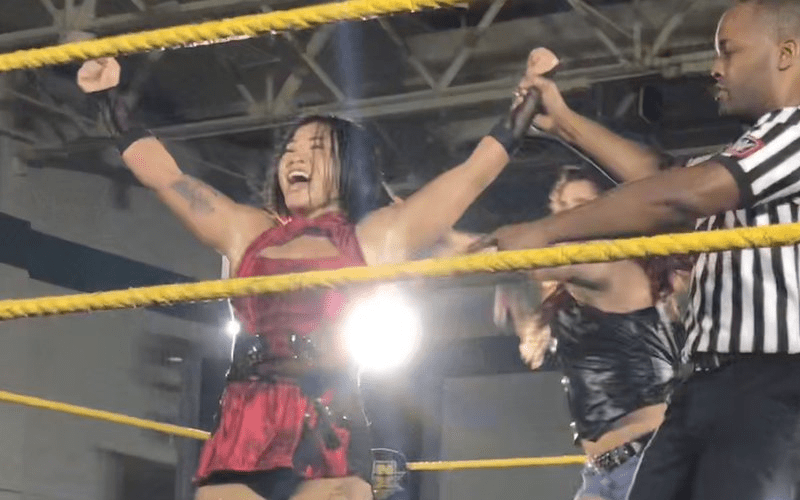 After undergoing shoulder surgery last year, Xia Li made her in-ring debut at Saturday’s NXT Live Event in Largo, Florida. Xia Li defeated Reina Gonzalez in her first match at an NXT live event. After the match as she was celebrating her win, Gonzalez attacked her. Candice LeRae ran out and made the save.

Here are photos from the match: