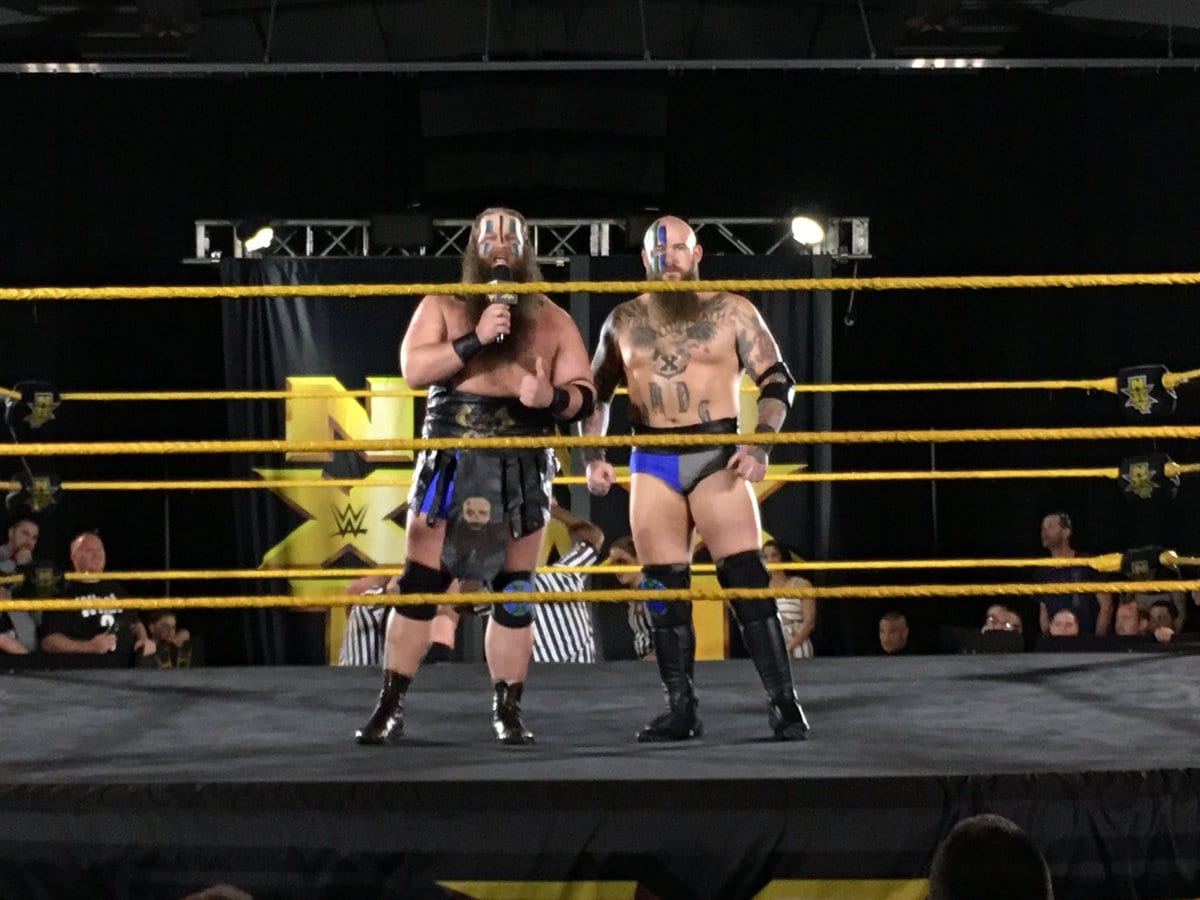 The duo came out to heavy metal music and cut a promo following the Marcel Barthel & Fabian Aichner vs. Oney Lorcan & Danny Burch match. What’s most interesting is they were not called War Machine nor were they referred to by that name. When they appeared at NXT Takeover: Philadelphia the company referred to them as War Machine. While not confirmed, it’s very possible that they may have changed their name to something else.

We will keep you updated if we receive any information.