Ross laughs as he points out that nobody ever really wants to talk to McMahon unless they really have to. When he was working as Vice President of Talent Relations his work day would often end with a meeting with McMahon. He points out that more often than not those conversations were pleasant.

Ross mentions that a lot of people have been asking him which match he’s looking forward to most at WrestleMania this year. He points out that the Nakamura/A.J. Styles match really has him excited because he had the pleasure of calling one of their matches for NJPW a couple of years ago and he was blown away by that bout. 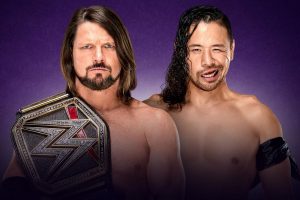 Ross talks about the passing of his wife, Jan. He points out that Jan’s passing was a terrible shock and he was very emotional in the days that followed. He went to WrestleMania last year and when he returned home to an empty house that was the loneliest he’s been in his entire life. He points out that he had to make a decision to keep living and to dive into his passions, and that’s exactly what he’s done.