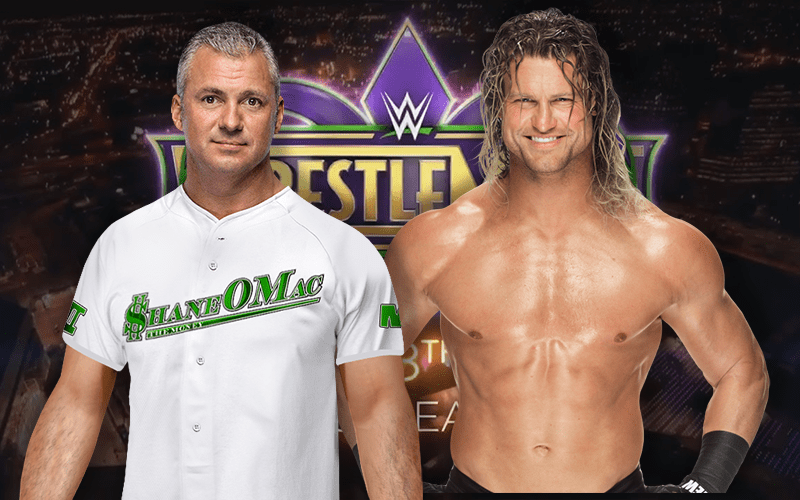 It was previously reported that Shane McMahon would face Dolph Ziggler in a one-on-one singles match at the grandest stage of them all, WrestleMania. Coming out of this week’s episode of SmackDown Live it would indicate that Shane would no longer be in a program against Ziggler at WrestleMania, as he’s now expected to be involved in the Kevin Owens & Sami Zayn feud.

Brad Shepard of BodySlam.net discussed the original plans for Ziggler & Shane on the latest installment of Backstage in WWE with Brad Shepard & Jon Fisher and revealed at one point WWE was so confident about the Shane vs. Ziggler that they had a graphic made for the WrestleMania match.

“Not that long ago, in fact very recently the plan was for Dolph Ziggler and Shane McMahon to have a one-on-one match at WrestleMania. The plan has changed, it looks like anyway. I am not sure what they are going to end up doing with Shane and Sami and Kevin. They were originally going to be allegedly in the Andre The Giant Memorial Battle Royal and they announced a one-on-one match at WrestleMania. I don’t know if that’s going to stick. We’ll see what happens but I am not sure why that changed but certainly they had a graphic for it and everything.”

Shepard elaborated further and explained that he’s not sure why they changed the plans but it was supposed to be billed as Ziggler’s first single’s match at WrestleMania.

“That was the plan for sure and I don’t know why it changed. It was going to be Dolph Ziggler’s first singles match at WrestleMania. We’ll see what happens. I don’t know what they are going to do but I know that was the original plan.”

(Please credit Bodyslam.net when using the news & Ringside News for the quotes)