X-Pac opens today’s show speaking about Hillbilly Jim’s Hall of Fame 2018 announcement. He says that he can still remember Hillbilly Jim sitting in the audience and jumping into action to help Hulk Hogan one night, and that got him over huge right away. His WWE career was probably only four or five years, but he made a huge impact and X-Pac congratulates him on a much-deserved Hall of Fame induction.

X-Pac points out that the only person he can think of to induct Hillbilly Jim is Hulk Hogan, so he wonders if WWE is ready to embrace Hogan’s return to the company. He thinks the majority of WWE’s audience has forgiven Hogan – at least the ones who are willing to do so. 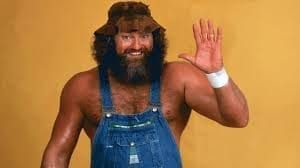 X-Pac comments on the recent error during an Eddie Edwards and Sami Callahan match on IMPACT, which resulted in Callahan legitimately striking Edwards in the head with a baseball bat. He admits that Callahan’s actions on Twitter regarding the event might not have come off great, but Callahan is a great dude and he obviously didn’t mean to do this, so people shouldn’t be so quick to attack him.

He points out that this spot caused a lot of damage, and it didn’t even look very good. He’s not really sure what Callahan and Edwards were trying to do with this spot because if someone was really angry at you they’d try to hit you with a bat, not a chair that’s placed on top of you. He thought this was a poorly planned spot altogether.