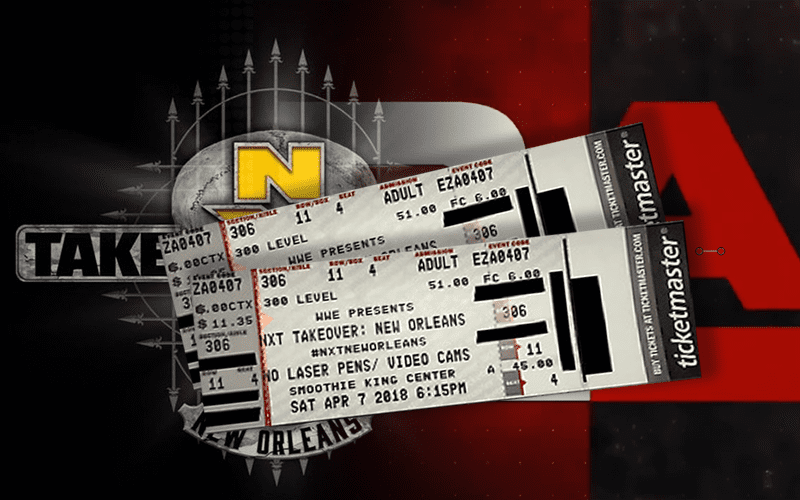 Dave Meltzer reported in the latest issue of The Wrestling Observer Newsletter that the upcoming NXT Takeover: New Orleans event is performing better in ticket sales than the RAW after WrestleMania show.

Takeover is close to being sold out and may be the first show to sell out for WrestleMania weekend. Takeover, which is going head to head with the ROH show that seats 5,000 fans, is set up for around 10,000 seats. NXT Takeover: New Orleans is outselling both RAW and SmackDown at this point. The Hall of Fame has not sold out yet either.